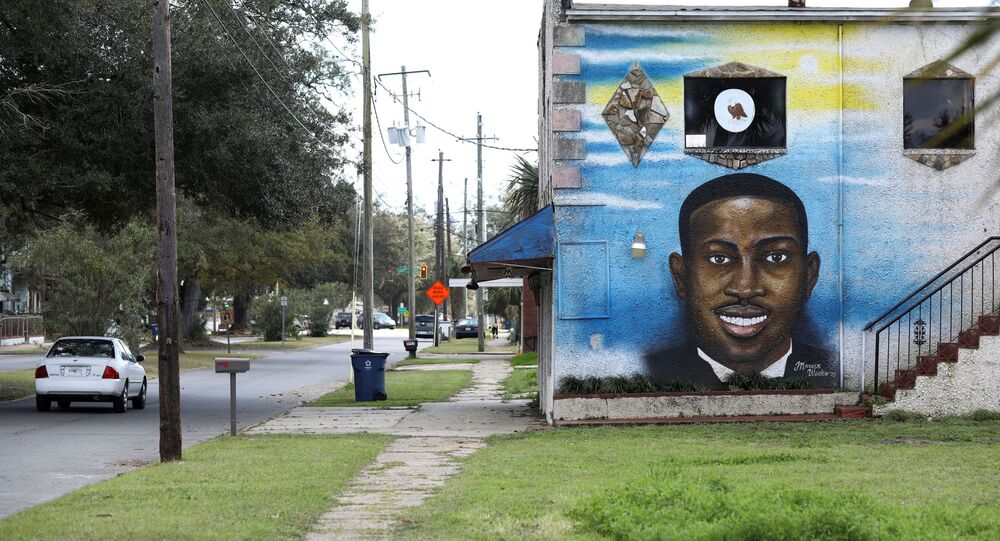 Ahmaud Arbery, an unarmed, 25-year-old man who was jogging, was shot dead on February 23, 2020, after being pursued by three Georgia men: Travis McMichael, 35; Gregory McMichael, 54; and William "Roddie" Bryan, 51. Footage of the murder went viral months after the incident, resulting in local and federal attention.

The US Department of Justice announced on Wednesday that Bryan and the McMichaels - a father-son duo - were indicted by a federal grand jury and charged with one count of interference with rights and one count of attempted kidnapping in connection to the killing of Arbery.

"Travis and Gregory McMichael were also charged with one count each of using, carrying, and brandishing—and in Travis’s case, discharging—a firearm during and in relation to a crime of violence," read the DoJ release.

Per the indictment, McMichaels were armed when they allegedly began pursuing Arbery via truck as the 25-year-old was running on a public street in the Satilla Shores neighborhood of Brunswick, Georgia. The father-son duo was reportedly overheard yelling at Arbery and threatening him with weapons.

Bryan allegedly joined in on the McMichaels pursuit and used his truck to cut off the 25-year-old's route. He was not armed.

The release noted the trio's acts were viewed as hate crimes because the defendants reportedly "used force and threats of force to intimidate and interfere with Arbery’s right to use a public street because of his race."

The attempted kidnapping charges leveled against the three Georgia men relate to their alleged unlawful confinement of Arbery, who was running on a public street when he was killed.

Travis McMichael and his father brandished a Remington shotgun and .357 Magnum revolver, respectively. It was only Travis who discharged his weapon, according to the indictment.

"All three defendants have also been charged in a separate state proceeding with malice murder, felony murder, aggravated assault, false imprisonment, and criminal attempt to commit a felony," the DoJ release concluded.

A trial date has yet to be set for the three Georgia men.