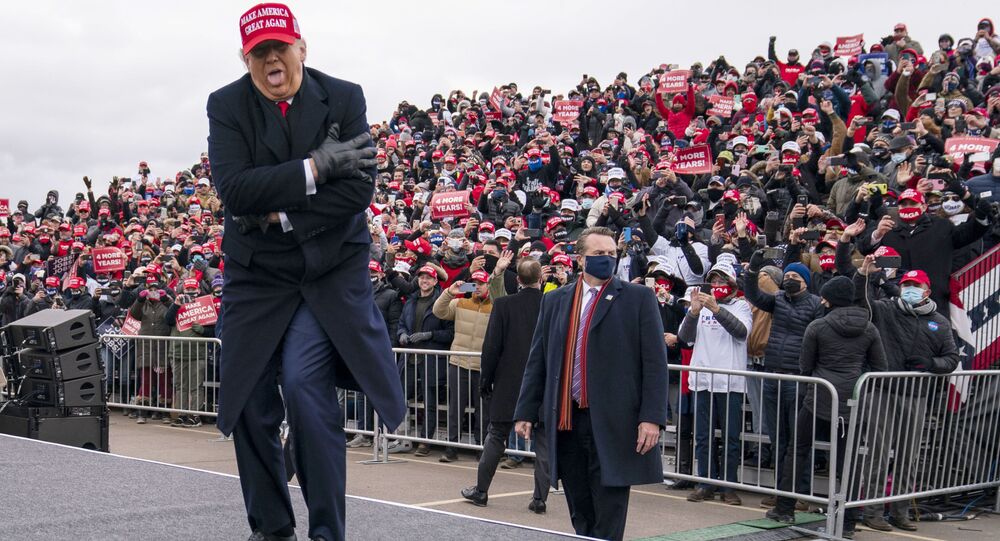 Former US President Donald Trump last held one of his campaign-style rallies on January 6, when thousands of his supporters broke away from the event and took the opportunity to storm the US Capitol. The day proved deadly as several eventgoers and law enforcement officials died as a result of the insurrection.

Newly surfaced details have indicated that Trump is considering the possibility of returning to the public and resuming his signature “Make America Great Again” rallies in an attempt to grasp the prime-time spotlight he once attained through the Oval Office.

Various aides and confidants associated with the former commander-in-chief recently revealed to CNN that Trump is longing for his days under the cable news spotlight, and that he may wind up tossing his names into the 2024 presidential election to regain that attention.

"He hates being off the A block," an unidentified individual close to Trump told the outlet, using a term that refers to the lead segment in a news program. "He's really thinking of running again in 2024 just to get back to that."

However, that’s not all, folks.

Although plans are still very much in the early stages, aides also revealed that Trump could begin hosting his campaign rallies as early as May. Officials noted that logistics are still being worked out, but that Trump is interested in hosting an event against Sen. Lisa Murkowski (R-AK), who called on the former president to resign in the wake of the deadly Capitol riot.

“It will definitely be different in terms of the setup,” an unidentified official close to the post-White House operations told CNN. “We got really good at planning these events in 2020, so we will probably use a lot of those same vendors again."

Interviews with some of Trump’s closest confidants also revealed that the former president endured some struggles after departing the White House, namely that he was unable to shake presidential concerns.

"Most people would leave the White House relieved to have the weight of the world lifted off their shoulders, but for him it was a reality that took some time to get used to,” an aide detailed.

“Those first few weeks, it was not an easy transition.”

Since the beginning of his post-presidential days, Trump has kept somewhat mum, albeit for the occasional press release from his office or TV interview. Most recently, Trump took aim at the  93rd Academy Awards over its continually low ratings.

Talk of Trump jumping back into the presidential ringer, however, is not new. The former president has repeatedly hinted at the possibility, with aides falling in line on the matter. Reports previously surfaced in March that Trump was seriously considering running for another term, and that aides wanted him to pick someone other than former Vice President Mike Pence as his running mate.