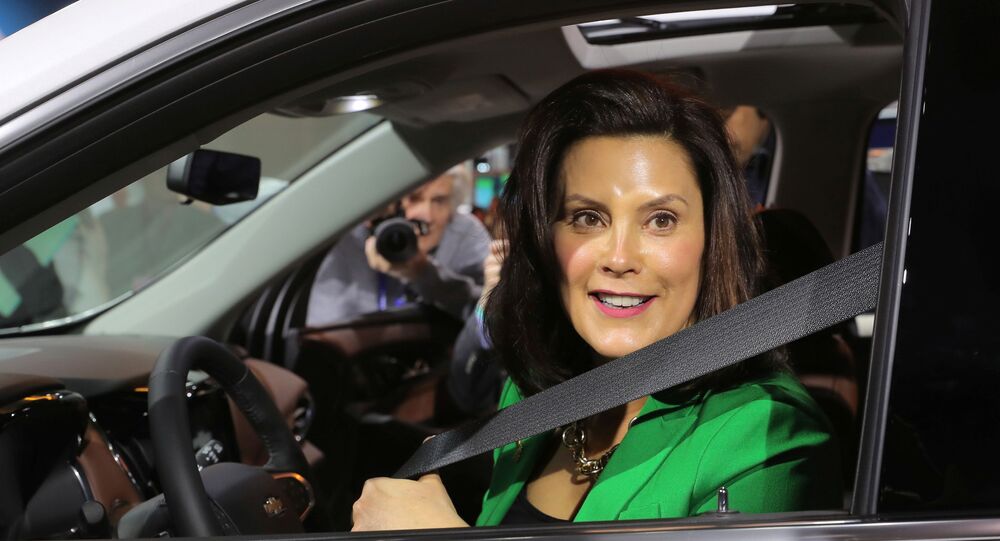 WASHINGTON (Sputnik) - A federal grand jury has added new charges against three defendants who were initially charged with a conspiracy to kidnap the Michigan Governor Gretchen Whitmer, including a conspiracy to use a weapon of mass destruction, the Department of Justice said in a press release on Wednesday.

"A federal grand jury in Michigan returned a superseding indictment today that adds new charges of conspiracy to use a weapon of mass destruction against three defendants and adds federal firearms violations against two defendants in the case alleging a conspiracy to kidnap the governor of Michigan, Gretchen Whitmer," the release said.

© AP Photo / Paul Sancya
US Charges 6 Men in Plot to Kidnap State of Michigan Governor Whitmer, Justice Dept. Says
The three men charged with conspiracy to use a weapon of mass destruction plotted to destroy a nearby bridge in order to harm and hinder the governor’s security detail and any police officers who may have responded, the release said.

The two defendants facing federal firearms charges are accused of possessing destructive devices not registered to them, the release added.

Whitmer was never harmed by the group and the plot was exposed by a paid FBI informant and undercover agents.

If convicted on the conspiracy to kidnap charges, the defendants face life in prison, with the conspiracy to use a weapon of mass destruction adding another potential life sentence, as well as up to ten additional years on the federal firearms charges.