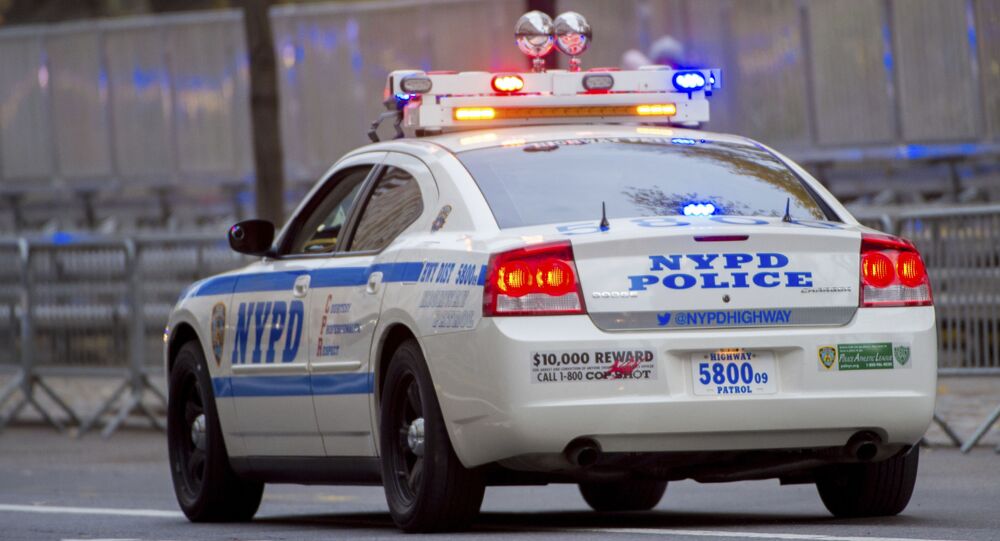 The police said Beauvais hit Tsakos head-on, with the impact tossing the officer into the air and onto a patch of grass along the expressway.

A 32-year-old woman is facing a 13-count indictment, including manslaughter, after an alleged drunken hit-and-run incident that killed a policeman.

Highway Officer Anastasios Tsakos, 43 – a father of two – was standing by his marked police car directing cars past the scene of another fatal crash in the eastbound lanes near Francis Lewis Blvd when a car hit him. He later died of his injuries at New York-Presbyterian/Queens Hospital.

Early today, our member, @NYPDHighway PO Anastasios “Taso” Tsakos, was killed in the line of duty while operating on the Clearview Expressway within the confines of the @NYPD107Pct . Please keep him and his family in your prayers. May our brother’s memory be eternal. pic.twitter.com/3hiMqACemV

According to reports, Jessica Beauvais ignored the traffic cones and the flashing lights of police cars before crashing into Tsakos in her 2013 Volkswagen Passat.

Beauvais, however, did not stop immediately, but instead went several exits before exiting the Long Island Expressway and mounting a sidewalk, the police said. She then reportedly attempted another escape reversing twice into a police car behind her.

The police also said that when arrested, the suspect swore at the officers taking her into custody. She's now staring the down the barrel of up to 15 years in prison.

“F**k you,” a source quoted her telling the arresting officers, New York Daily News said. “I don’t have to listen to you.”

Beauvais reportedly denied that she was aware of the accident but at a news conference on Tuesday, Police Commissioner Dermot Shea said she must have been aware she hit someone given the damage to her vehicle. After being charged, however, Beauvais tearfully apologised: “I’m sorry. I’m sorry that I hit him and he’s dead. I didn’t mean to. I’m sorry."

Beauvais’ driver’s license was suspended in 2019 after she failed to pay outstanding fees to the Department of Motor Vehicles, Daily News reported.

UPDATE : “I’m sorry that I hit him and that he’s dead” - 32 year Jessica Beauvais of Hempstead apologizes for this morning’s fatal hit and run that killed #NYPD officer Anastasios Tsakos - a father of two children from Suffolk County @News12LI @NYPDnews pic.twitter.com/s5tCD6rDm0

Later, new details emerged – it turned out Beauvais ranted for approximately two hours during a Facebook podcast about the murder trial of Derek Chauvin, the former Minneapolis policeman, convicted for the death of George Floyd.

During the podcast, she was seen drinking an unidentified beverage out of a shot glass before ending the recording with the words “f**k the police.”