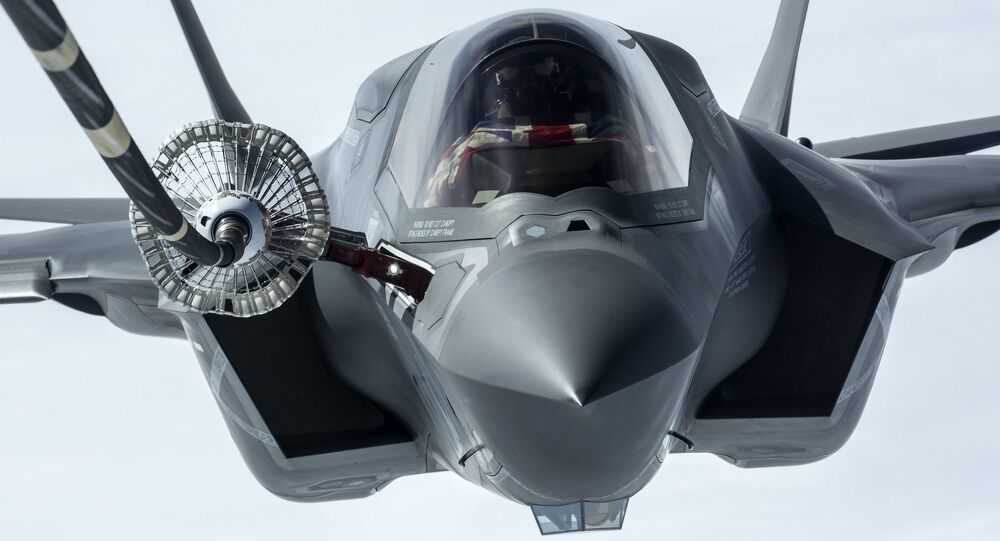 WASHINGTON (Sputnik) – The United States has sent its Marine Fighter Attack Squadron 211 of eight F-35B fighter jets, known as the Wake Island Avengers, to the United Kingdom ahead of a record-setting joint strike force deployment aboard the UK's newest aircraft carrier, the Pentagon said in a statement on Wednesday.

“U.S. Marine Corps 5th-generation aircraft flew more than 5,000 miles from their home station in Arizona to Royal Air Force Lakenheath, England, ahead of their upcoming combined deployment with the United Kingdom’s newest aircraft carrier," the statement said, adding that the squadron will "conduct final training for a carrier deployment aboard HMS Queen Elizabeth as part of Carrier Strike Group (CSG) 21,” the statement said.

“Now that we have arrived in the United Kingdom, we are reintegrating with our UK counterparts and focused on providing both the commodore of CSG-21 and US combatant commanders with ready, combat-capable, 5th-generation aircraft,” Wake Island Avengers commanding officer, Lt. Col. Andrew D’Ambrogi, said in the statement.

This deployment precedes the Carrier Strike Group 21’s worldwide disposition later this year, the Pentagon noted. UK media reported on Monday that CSG 21’s 26-week-long record size mission will feature visits to India, Japan, South Korea and Singapore. Units from this group will undertake over 70 engagements in over 40 countries around the world.