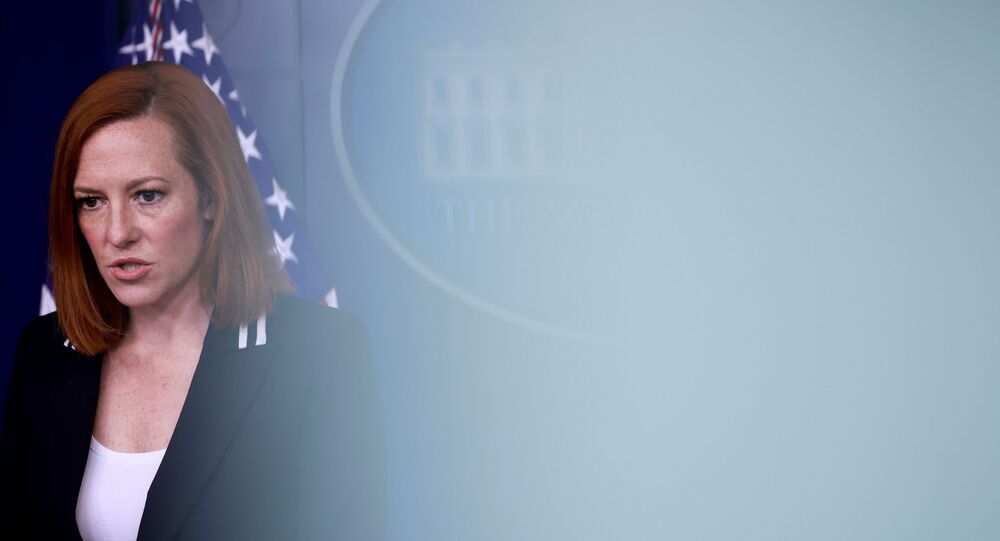 The 1600 Pennsylvania Avenue NW building is an old one, that’s for sure. But is it also haunted by late American presidents?

Finally the White House is not blaming its misfortunes on Russia – instead, it's directing its ire at another target who definitely can't say anything in their defence.

During a Tuesday press briefing, WH Press Secretary Jen Psaki was reflecting on President Joe Biden's new "no mask" mandate for vaccinated people when she was suddenly interrupted by a weird squeaky sound.

Psaki, looking visibly alarmed, looked to her left to see what was causing the noise as a reporter joked that perhaps it was coming from the ghost of former President Abraham Lincoln.

"Have no fear. The ceiling is not falling that I’m aware of… It’s an old building," the press secretary laughed nervously.

"Maybe it’s Lincoln’s ghost. That’s quite something. Maybe it is,” she joked with the reporter.

​But it didn’t stop there. When Psaki continued with her daily briefing to discuss the COVID vaccination plan, the sound was heard again.

Later she admitted that the situation was “a little spooky."

According to the internet crowd, if it was indeed a paranormal intervention from America’s 16th president, it's probably because he isn't enjoying what's going on in the country at the moment. Another explanation served up by a Twitter user suggested that the sound may have come from a Donald Trump supporter “trying to drill their way out of the wall."

Lincoln turning over in his grave with what’s going on up there.

Were those odd sounds actual answers to questions?

However Reuters’ White House correspondent Steve Holland appeared to pour cold water on the ghost theory when he explained that the sound came from a “swiveling” robo cam.

Ole Abe’s ghost makes for a better story but the creaking during the WH briefing was the swiveling of a robo cam pic.twitter.com/Dyho4RqoeH