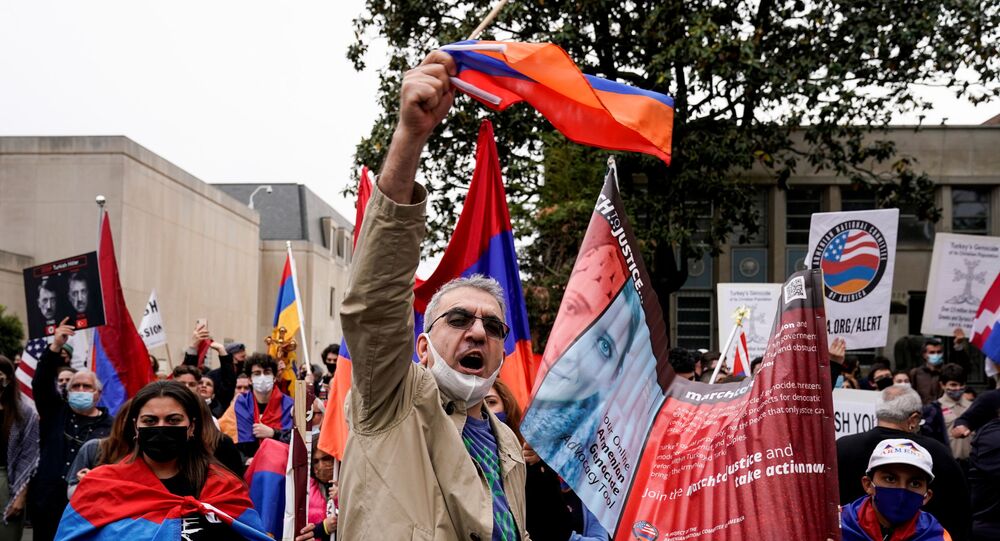 WASHINGTON (Sputnik) - A federal grand jury in Los Angeles indicted two men on conspiracy and hate crime offenses over attacks on five victims at a family-owned Turkish restaurant while shouting anti-Turkish slurs, and threatening to kill them, the US Justice Department said.

“The indictment was unsealed today following the arrest Harutyun Harry Chalikyan,” the Justice Department said in a press release on Tuesday. “The second defendant in the case, William Stepanyan… is currently in state custody.”

The defendants, both Americans of Armenian descent are charged with one count of conspiracy and five hate crimes, the release said.

Stepanyan sent a text message on November 4, 2020, saying that he planned to go “hunting for [T]urks,” the release said.

Later that day, Stepanyan met with Chalikyan and other Armenian-Americans to protest what they considered to be Turkish aggression against Armenians, the release said.

During the attack, multiple victims were injured, including one individual who lost feeling in their legs and collapsed multiple times due to the injury, the release added.

After the victims escaped, Stepanyan and Chalikyan proceeded to vandalize the restaurant, causing more than $20,000 in damages and forcing the facility to close temporarily, according to the release.