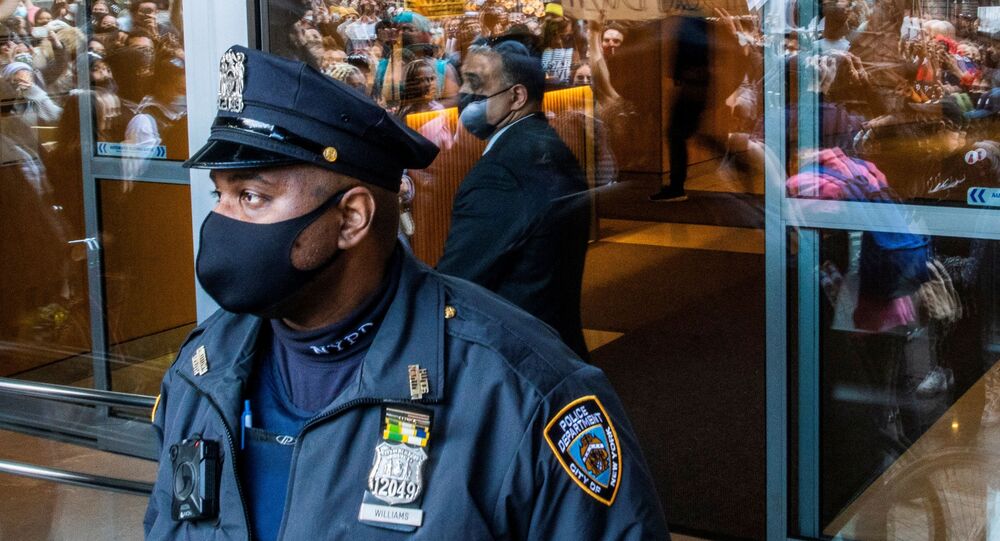 Following the death of black man George Floyd in police custody last May, protests against police violence and racism swept across the United States. Increased coverage of news about shootings involving police and people of color only added fuel to the fire of demands to disband the police, which cannot but affect the officers.

Police officers being demonized and vilified as racists is behind a rise in departures from the department in New York City, according to a 22-year veteran of the NYPD.

"Police are being vilified across the country, they're being painted as racist occupiers, just going in like an occupying army, trying to disrupt communities when it's exactly the opposite. They're being demonized and vilified by politicians. Leadership is failing, right?" Angel Maysonet told "Fox & Friends" on Tuesday.

"They don't back their police officers the way they should. Everybody's giving in to this woke culture and this 'abolish the police' or 'defund the police' mentality," he added.

The retired cop was commenting on a recent video of an elder New York police detective getting slapped in the head with a stick by a black man while writing a report on the street in the middle of the day.

​The NYC Detectives' Endowment Association labor union for active and retired police detectives of the city released a statement, putting the blame for such incidents on the elected officials "who have created a city of no consequences for criminality."

"Even as our Detectives investigate crimes they’re attacked by emboldened criminals, who have quickly realized there are no consequences for law breakers in our city. The DEA is calling for this violence to be fully prosecuted as we look to file civil charges," it tweeted.

​"Criminals are not afraid to commit crimes, because there are no consequences, no accountability," Maysonet stated.

According to New York Post, citing department records, more than 5,300 NYPD uniformed officers retired or placed in their papers to resign in 2020, a 75% increase from the previous year. During the exodus, which occurred amid the pandemic, anti-cop hostility, protests, and an increase in the number of NYC shootings, 2,600 officers left their jobs and another 2,746 filed for retirement, totaling 5,346 officers.