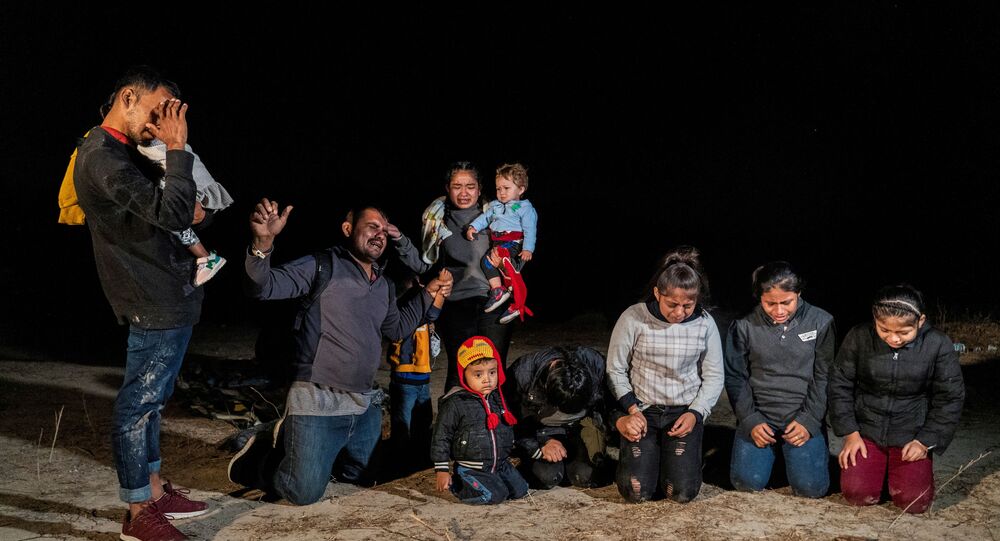 Earlier this month, the US reached deals with Mexico, Honduras, and Guatemala stipulating that these countries should use troops in order to stem the tide of migration.

Fox News host Tucker Carlson has shared his thoughts on how the issue of Guatemalan migrants entering the US can be resolved.

Appearing on his programme "Tucker Carlson Tonight" on Monday and apparently referring to the country's president, the 51-year-old anchor said that "so if you're going to deal with the governor of Guatemala, wouldn't it be pretty simple?" It's worthwhile to note that Guatemala is led by a president rather than a governor.

He argued that just "one phone call" may matter, adding, "you say 'Look, either you stop off-loading your poor people onto our taxpayers or we're shutting down your foreign aid, tomorrow. Like you've got 24 hours'. Why is that complicated?"

Carlson remarks followed Tyler Moran, special assistant to the president for immigration for the Domestic Policy Council, telling the news outlet MSNBC earlier in April that the Biden administration had reached agreements with Mexico, Honduras, and Guatemala to help quell the influx on the US-Mexico border.

According to Moran, the Latin American countries have been asked to use troops to beef up security on their own borders to cut the number of US-bound immigrants.

"That not only is going to prevent the traffickers, and the smugglers, and the cartels that take advantage of the kids on their way here, but also to protect those children", the official stressed.

This comes amid heavy criticism of the Biden administration by Republicans over the former's handling of the situation on the US-Mexico border, with the White House repeatedly calling the issue a "vital human challenge" instead of a "migration crisis".

US Customs and Border Protection caught over 100,000 would-be migrants at the border in February, and encountered some 171,700 more individuals in March, including almost 19,000 unaccompanied minors – a new record, nearly doubling the 11,861 unaccompanied minors detained during the 2019 migration surge.

The southern border crisis kicked off shortly after Biden started to reverse Trump's hardline immigration policies, halting construction of a border wall, moving to end "harsh and extreme immigration enforcement", and promising to "restore and expand" the asylum system. Other policies included rescinding the Trump travel ban and promising a "path to citizenship" for more than 11 million undocumented immigrants already living in the US.

© AP Photo / Isabel Mateos
US Border Patrol Council Chief Reveals Why Kamala Harris 'Avoids' Visiting Migrant-Hit South
The severity of the crisis has apparently pushed the Biden administration to consider walking back at least some of these steps. Earlier this month, media reports claimed POTUS was thinking about restarting construction of the border wall to "plug gaps" in the current network of barriers.