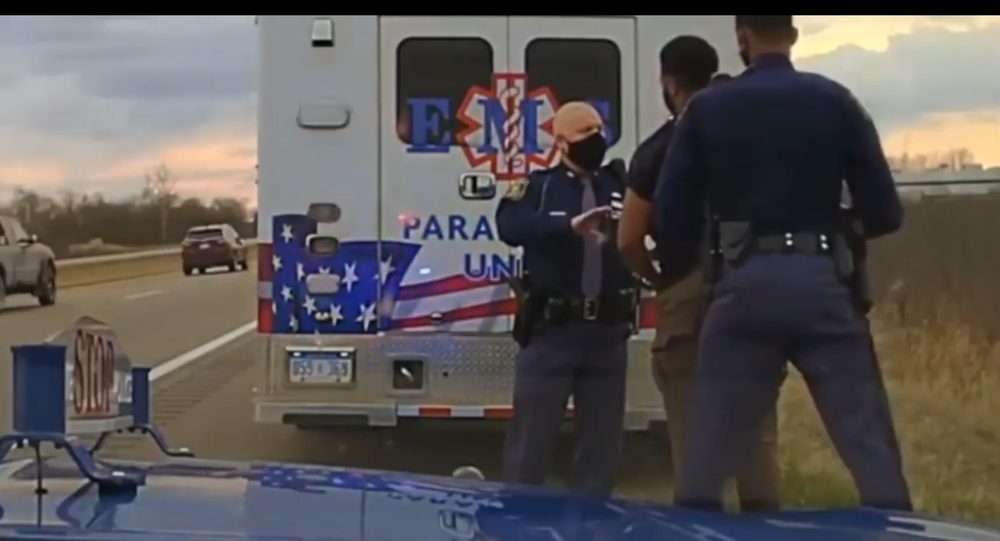 If there's something strange in your neighbourhood, who you gonna call? It seems that even if you know a few big names it will not help you during an arrest - just like it was not very useful for a Democratic representative from Detroit, who, according to police, drove under the influence and crashed his car into a ditch.

Footage depicting the recent arrest of 26-year-old Michigan lawmaker Jewell Jones for an alleged drunken crash on Interstate 96 shows that the representative warned officers he will call Governor Gretchen Whitmer and accused the police of abuse because he's black.

According to a police report, he was tasered twice and pepper-sprayed for resisting arrest, while Jones' lawyer stressed later that the state representative was "fully cooperative" and only mentioned his political influence in a bid "to stop them from using excessive force".

However, the dashcam video shows him altercating with the police, while the official report alleges Jones had a blood-alcohol content of 0.19% (more than twice the legal limit).

When apprehended by law enforcement, the troubled legislator demanded that the cops call Joe - likely hinting at State Police director Joe Gasper, claiming that "If someone else takes me in, I'm going to be upset, and I'm going to come at you all".