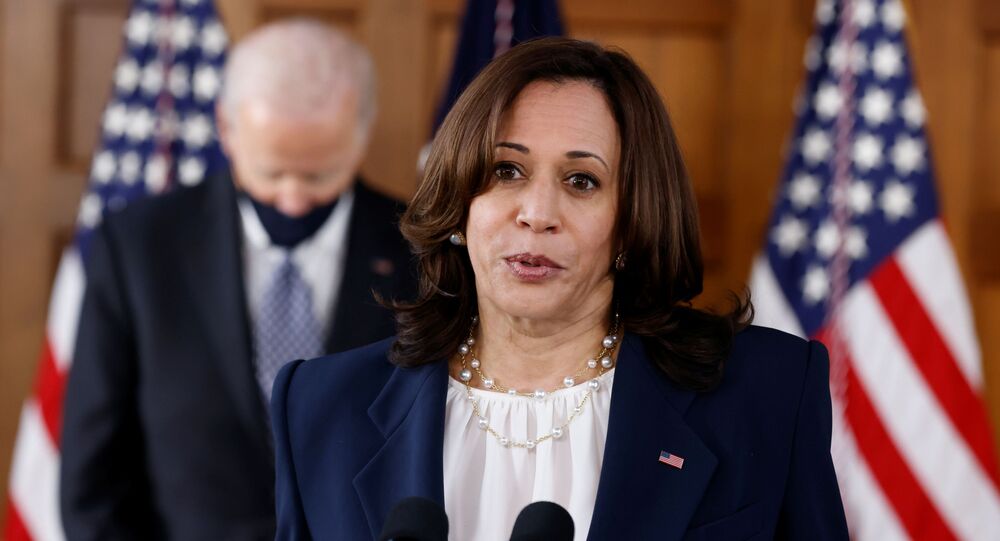 Both US President Joe Biden and his vice-president, Kamala Harris, who has been put in charge of migration issues, have not toured the US-Mexican border, and refused to describe the situation there as an immigration “crisis."

A Republican senator from Texas, Ted Cruz, has joined New Hampshire GOP members in lambasting US Vice President Kamala Harris for failing to visit the country’s southern border, where the situation, according to many, is quickly “spiraling out of control”, according to Republican congressmen who recently toured there.

Harris recently traveled to New Hampshire, however, for the first time since 2019, in a bid to build support for Democratic New Hampshire Senator Maggie Hassan, who is set to run for reelection in 2022.
Cruz on Friday tweeted that Harris' "GPS got confused" when she visited the Granite State, echoing criticism from state Republicans regarding allegations of her priorities.

The state's GOP criticized her out for coming to the "#wrongborder," implying that Harris' attention should be paid to the opposite end of the country. There, she reportedly has yet to pay a visit, after US President Joe Biden tapped her to run the border situation, and tasked her with spearheading diplomatic efforts with Mexico, El Salvador, Guatemala and Honduras to halt the current flow of migrants and develop long-term strategies to deal with illegal immigration.

"As you travel over 2,300 miles away from El Paso, our country would be better served with an official visit to our southern border, not a campaign trip for@Maggie_Hassan," the New Hampshire GOP tweeted in response to Harris' visit.

There has reportedly been a string of flagrant human smuggling incidents at the border in recent months: in one of the most violent cases, two smugglers dropped children from the roughly 14-foot-high border barrier at night, for border patrol to find the kids the next day.

The rise in illegal crossings registered soon after Biden’s inauguration has drawn the attention of media and the GOP alike, with Republicans taking several trips to the US-Mexican border to assess the situation.