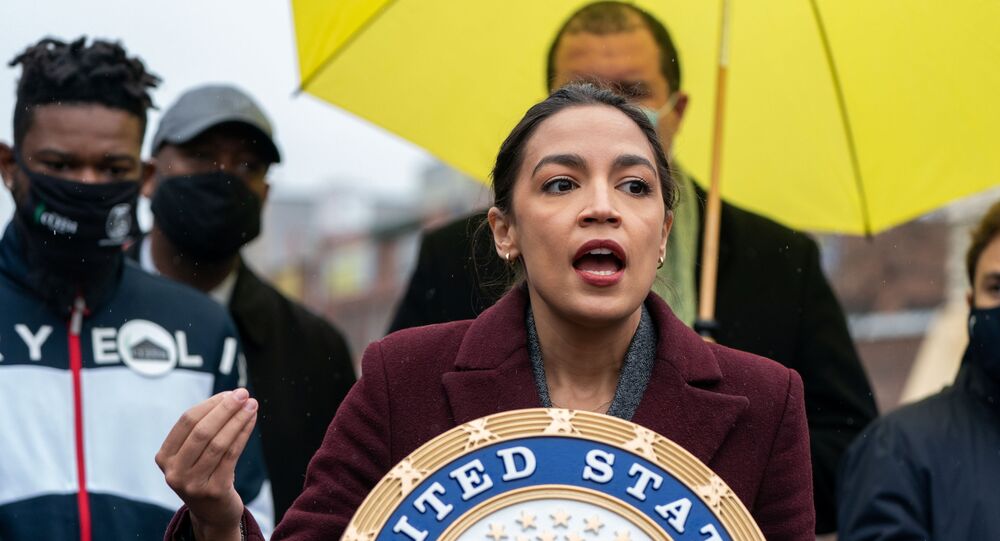 New York Congresswoman Alexandria Ocasio-Cortez' optimistic view of fellow Democrat Joe Biden's first 100 days in the White House was not shared by left-wingers on social media, who swiftly dubbed her a sell-out to the new administration's warmongering agenda.

“The Biden administration and President Biden have definitely exceeded expectations that progressives had,” AOC told a virtual 'town hall' meeting on Friday. “I think a lot of us expected a much more conservative administration.”

The member of the four-Congresswoman "Squad" faction in her party indicated House Democrats were squarely behind Biden's agenda, saying: “the majority of the tension within the Democratic party lies in the Senate”.

​AOC praised the gaffe-prone leader's deal-making with legislators as "very impressive" and insisted it had resulted in "progressive legislation".

But leftists rejected the New York representative's rosy-tinted view of Biden's first 100 days in office, pointing out his failures to help the poorest amid the pandemic lockdown and the new illegal immigrant crisis at the Mexican border.

Others pointed out his bombing of anti-Daesh militia in Syria, his breaking of the Afghan peace treaty struck by predecessor Donald Trump's government and his foot-dragging and obstructiveness on returning to the Iran nuclear energy deal.

They accused AOC of being a shill for the hawkish right of the Democrat Party.