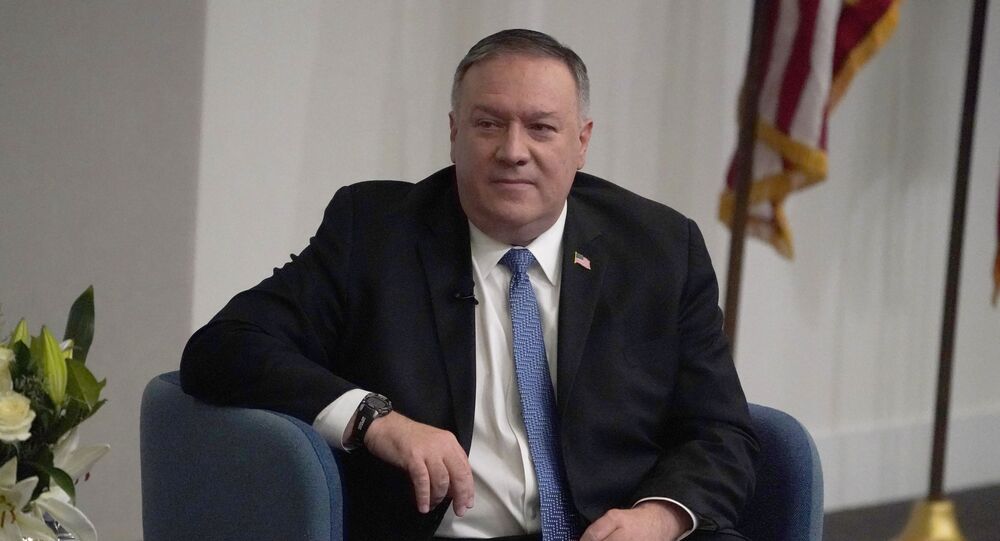 Frontrunner or Outsider: What May the Future Hold for Mike Pompeo if He Runs for Presidency in 2024?

Last month, Mike Pompeo hinted in an interview with Fox News that he might consider running for the presidency in 2024 as the former US secretary of state stressed that he was "always up for a good fight".

Former US Secretary of State Mike Pompeo is “aggressively” looking to strengthen his public profile amid reports of his push for running for the presidency in 2024, The Hill reports.

The US news outlet cited Alex Conant, a Republican strategist and former aide to Senator Marco Rubio, as arguing that Pompeo is “building on his strengths, which is foreign policy”.

“One of the challenges of running for president is you don’t know what voters will be looking for in three years. If it’s a national security election, because of external events, all of a sudden Pompeo looks like a front-runner”, Conant asserted, adding that running on his strengths in politics gives the ex-secretary of state “relevance”.

The GOP strategist also referred to “the conventional wisdom amongst party insiders” which he claimed allegedly shows that former President Donald Trump's “political career is over”.

“Therefore, you have all these 2024 candidates showing a great deal of deference [toward the ex-POTUS] but forging ahead with their own plans”, Conant argued, suggesting that Mike Pompeo “has an interesting lane and shouldn’t be counted out”.

The view was echoed by an unnamed Republican consultant who told The Hill that Pompeo is seeking to be “the leader on America First foreign policy after President Trump” as the former secretary of state leans on “the experience that he has in order to stand out and stay in the spotlight”.

This came after Pompeo made it clear last month that he was ready and willing for a 2024 presidential bid, and that he cares “deeply about America”.

“You and I have been a part of the conservative movement for an awfully long time now. I aim to keep at it”, Pompeo told Fox News host Sean Hannity.

After Hannity said he would take the ex-secretary of state’s remarks “as a strong maybe” pertaining to his presidency-related ambitions, Pompeo did not think twice before replying, “That’s perfect”.

© AP Photo / Anonymous
'America Will Be Less Secure' If It Rejoins 'Crappy' Iran Nuclear Deal, Pompeo Claims
Since stepping down as secretary of state in January, Pompeo has taken an array of steps that apparently indicated his intent to run in the 2024 presidential election. In March, he spoke at GOP gatherings in Iowa and New Hampshire, the first two states to vote in presidential nominating contests.

He has also joined Fox News as a contributor, which will most likely give him a chance to address the news network’s conservative audience.

Last but not least, Pompeo joined a group of Republican lawmakers to unveil legislation that curbs President Joe Biden’s authority to scrap US sanctions against Iran, a step that reflected the former secretary of state’s push for making legislative efforts.

‘We Secured Freedom’: Highlights From Pompeo Speech at CPAC