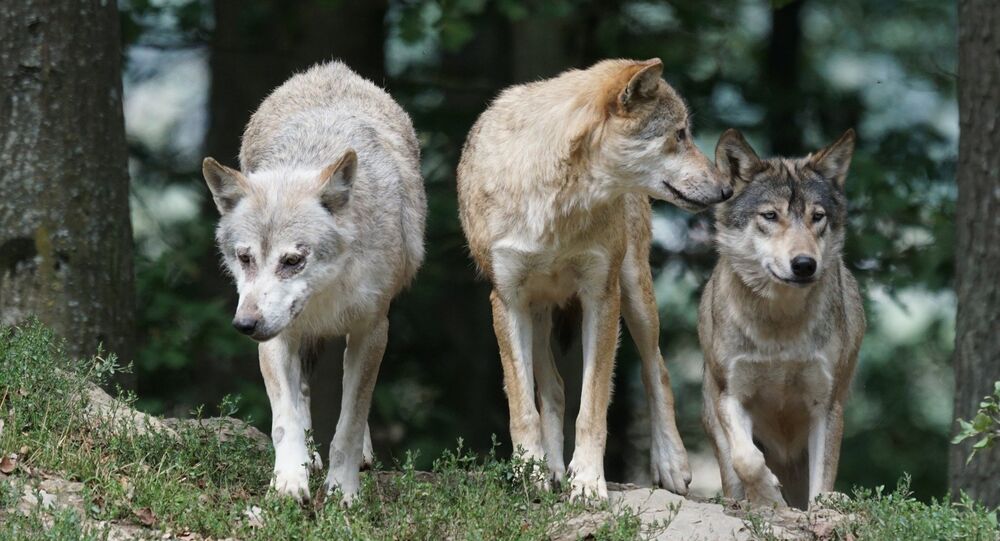 Proponents of the legislation argue that there are too many wolves in the state and that the animals reportedly cause losses worth hundreds of thousands of dollars to agricultural producers by attacking sheep and cows.

An Idaho Senate committee has approved controversial legislation that would allow the killing of 90 percent of the wolves living in the state. The 6-2 vote by the Senate Resources and Environment Committee will cut the animals' population from the current 1,150 to 150.

The legislation will lift the limit on the number of wolves an individual is allowed to kill. Hunters will also from now on need only one permit for hunting, trapping, and snaring purposes, and wolf trapping will be allowed all year-round.

The cull will be carried out by private contractors hired by the state. For this purpose, the Idaho Department of Fish and Game will send $200,000 to the Idaho Wolf Depredation Control Board, an agency established in 2014 to manage funds allocated for the killing of wolves.

The news caused concern among environmental activists, who argue that the bill will lead to hunting "without limits". Living with Wolves, a wolf advocacy group, said the population of the animals in Idaho is significantly smaller than what officials claim. The agency said around 900 animals roam the state.

"For a keystone species and native wild animal of paramount importance to Idaho ecosystems, if passed, this bill will mean that Idaho's 900 wolves will be killed without limit, at any time, by anyone without the need to buy a hunting tag, or the need to report the wolves they kill, by any legal means", said Garrick Dutcher, programme and research director at Living With Wolves.

Van Burtenshaw, the bill’s sponsor said the legislation is not aimed at exterminating the animals.

"There’s nobody in this group that wants to wipe out the wolves completely. We want to manage the wolves, we want them to be not wiped out, that’s not our plan here, but to be managed to a level that we can deal with the issues that are ahead of us, and that is depredation", he said.

Wolves were removed from Idaho’s list of endangered species in 2011. Currently, the state’s laws allow people to kill animals that attack livestock or domestic animals without obtaining a permit.