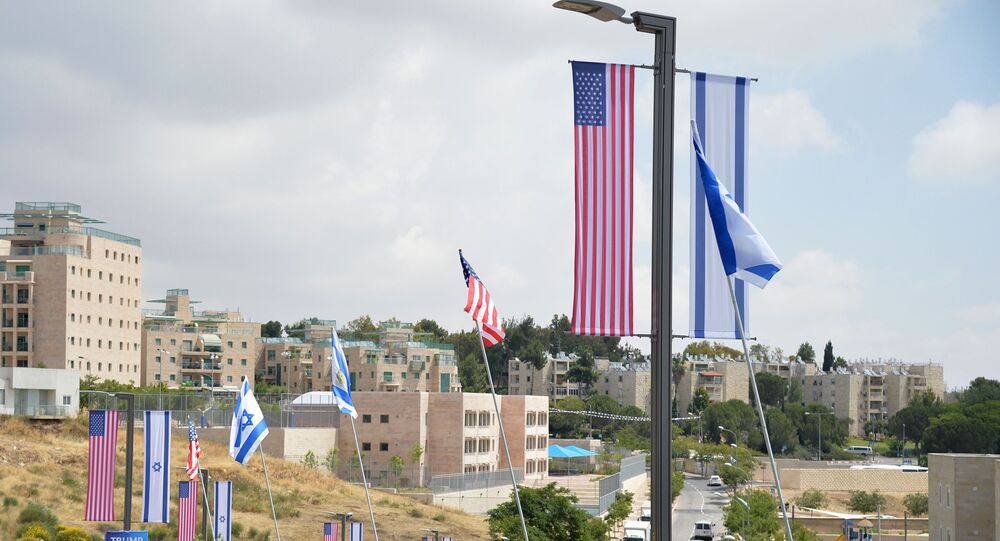 The remaining signatories to the Iran nuclear deal are currently engaged in talks with Tehran in order to organise Washington's return to the agreement. The US and Iran, however, have so far been in disagreement regarding the order of returning to compliance, as Iran insists the US must lift sanctions first.

US National Security Council coordinator for the Middle East Brett McGurk has promised "American Jewish leaders" that the US will not lift sanctions on Iran until it verifies that the Islamic Republic has limited its nuclear programme, Israeli news outlet Forward reported citing anonymous participants of a conference call. He reportedly assured them that Washington is "not going to pay anything up front just to get a process going".

"We have to see from the Iranians a fundamental commitment and agreement to put their nuclear programme back in a box that we can fully inspect and observe […] Until we get somewhere and until we have a firm commitment, and it's very clear that Iran's nuclear programme is going to be capped, the problematic aspects reversed and back in a box, we are not going to take any of the pressure off", the official reportedly said.

According to the media, McGurk added that the ongoing talks on the 2015 nuclear deal (officially known as the Joint Comprehensive Plan of Action or JCPOA) still have "a very long way to go", explaining that the "process is complicated".

The Vienna talks are being held by the remaining signatories to the JCPOA to determine a course of action to return the US and Iran to compliance with the deal. Washington, which withdrew from the deal in 2018, is taking part in the talks indirectly after Washington and Tehran failed to agree on who should return to compliance first.

Iranian President Hassan Rouhani announced on 20 April that between 60 and 70 percent of the issues have been resolved in talks, but no final agreement was reached this week, with the negotiations set to continue on 26 April.

Washington in Touch With Tel Aviv to Discuss Return to JCPOA

Forward's sources also said that the NSC coordinator touhed upon US-Israel cooperation on the matter. McGurk reportedly revealed that the Biden administration had been working with Tel Aviv "every day" in order to discuss the security realm and Israel's "freedom of action" to protect itself in the context of Iran and the US possibly returning to the nuclear accord. Tel Aviv previously objected to the JCPOA, claiming that the deal is flawed and does not do enough to protect Israel from an "existential threat" coming from Iran.

The NSC coordinator allegedly admitted that "some disagreement internally" exists, but added that the US and Israel are on the same page on one matter: "Iran can never get a nuclear weapon". McGurk described the cooperation between the two countries as "quite constructive".

Tehran has repeatedly stated that it does not seek to build nuclear weapons and that these armaments contradict the state's religion, Islam.

Still, Tel Aviv was reportedly extremely concerned with Washington seemingly rushing to return to the nuclear accord, fearing it will enable Iran's alleged attempts to build a nuclear device although the JCPOA was developed in 2015 to prevent just that. Tel Aviv will send IDF Chief of Staff Aviv Kohavi to Washington on 25 April in order to discuss the purported threat of Iran's nuclear programme with US officials.