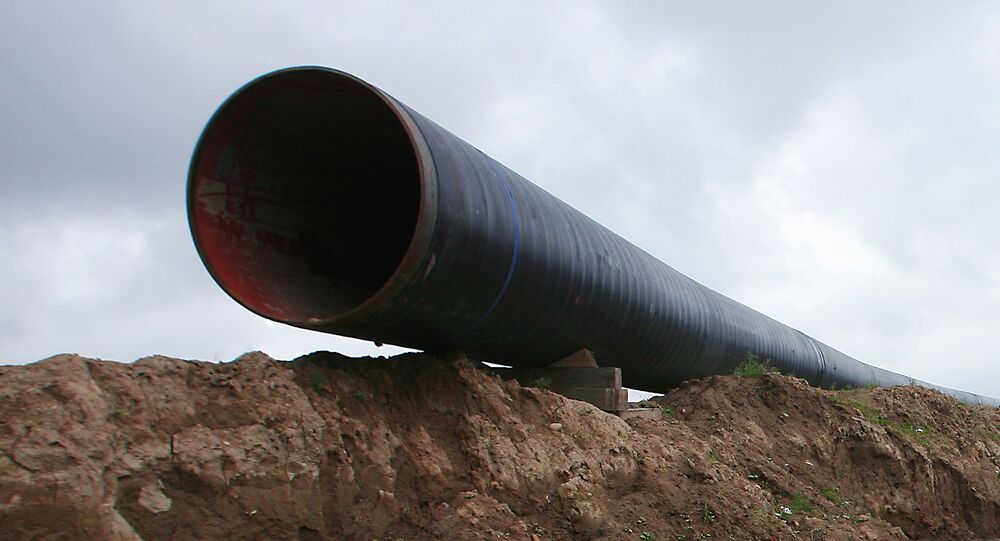 North Carolina Pipeline Leak, Already US’ Worst in 20 Years, Revealed as Even Worse Than Believed

While Colonial Pipeline has been found to be chronically negligent in inspecting its aging gas pipeline, the same problem exists across the federal regulatory sphere, where budget cuts and corporate lobbying have ensured the most dangerous gas lines remain untouched by safety enforcement, leading to deadly explosions and chronic leaks.

Colonial Pipeline, which operates a 5,500-mile-long pipeline stretching from the Gulf Coast to New York City, told North Carolina’s Department of Environmental Quality (DEQ) earlier this month that previous estimates for a massive oil spill last year were “no longer accurate and that the model used was no longer appropriate.”

“It is unacceptable that for eight months Colonial Pipeline has been unable to provide a reliable accounting of the amount of gasoline released into this community,” DEQ Secretary Dionne Delli-Gatti said in the press release. “We will take all necessary steps and exercise all available authority to hold Colonial Pipeline accountable for what has become one of the largest gasoline spills in the country.”

The underground leak was discovered not by Colonial staff, but by a pair of teenagers riding an ATV through Oehler Nature Preserve north of Charlotte, North Carolina, who smelled gas.

“We have no idea how long this was leaking because current practices clearly do not provide enough safety measures to monitor a leak like this,” North Carolina State Senator Natasha Marcus (D), whose district includes the tainted area, told WCNC Charlotte on Monday.

The US Department of Transportation’s Pipeline and Hazardous Materials Safety Administration (PHMSA) issued Colonial a Notice of Proposed Safety Order on March 29, outlining the problems and solutions it found while investigating the leak and mandating that Colonial provide an updated evaluation by April 26.

“Further, Colonial’s inability to effectively detect and respond to this release, as well as other past releases, has potentially exacerbated the impacts of this and numerous other failures over the operational history of Colonial’s entire system. After evaluating the preliminary findings of fact described below and considering the characteristics of the Colonial Pipeline System, as well as the failure history of that system, it appears that the continued operation of the Colonial Pipeline System without corrective measures would pose a pipeline integrity risk to public safety, property, or the environment.”

According to North Carolina Policy Watch, Colonial is a chronic spiller, having suffered 32 separate spill incidents in North Carolina since 2000 and 272 spills overall in that time. Since 1993, PHMSA has fined Colonial $606,700.

The Colonial Pipeline is the largest of its kind in the US, carrying more than 100 million gallons of gas through 5,500 miles of pipeline from Texas’ Gulf Coast to New York City. However, according to independent investigative journalist Robbie Jaeger, Colonial has only regularly inspected a small portion of the pipeline for cracks, leaks, or other damage.

The PHMSA report further reveals that 40% of the pipeline is at least 20 years old, while some parts - including nearly all of the North Carolina section - hasn’t been replaced since 1980. However, even that age puts Colonial as one of the younger pipelines in the US, half of which were built in a boom between 1950 and 1970.

As Sputnik has reported, PHMSA is severely underfunded, hamstringing its ability to carry out safety inspections, but also forcing it to rely on the companies it’s supposed to be policing to write the very regulations it’s expected to enforce against them. Like with Colonial, a Government Accountability Office (GAO) report in 2012 found that just 24,000 of the roughly 230,000 miles of gathering lines in the US are actually federally regulated.

The result is that older lines built on the days of free regulation and out of materials such as cast iron have remained regulation-free. These old lines are also increasingly connected to gas explosions, such as one in 2014 that leveled most of a Harlem city block. According to the National Transportation Safety Board, the Harlem pipe was installed in 1887.