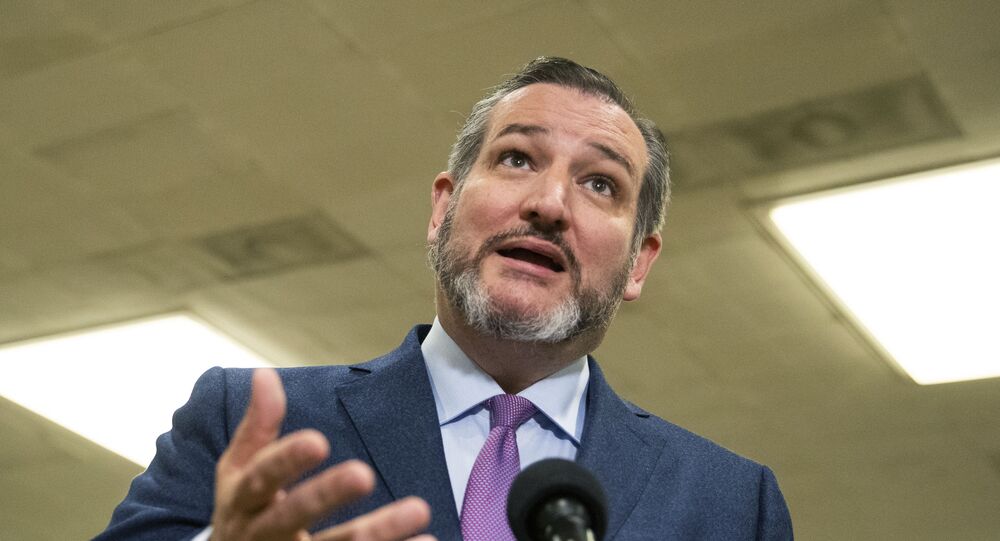 The US House of Representatives adopted legislation that would grant statehood to the capital of the United States, Washington, DC, the decision now goes to the US Senate for consideration.

Sen. Ted Cruz, R-Texas, has denounced recent moves by the Democrats to push for Washington DC statehood and to 'pack' the Supreme Court as reflecting their determination to ensure they never lose their grip on power.

As the US House of Representatives passed legislation on Thursday to make Washington DC the country’s 51st state, the effort was decried as "fundamentally corrupt" by Cruz at a press conference on Thursday.

​The strictly party-line vote was passed 216 to 208 and will now move to the Senate, with House Speaker Nancy Pelosi, D-Calif., hailing it as a "momentous day for American democracy".

#BREAKING 🚨
The House of Representatives passed HR 51, the DC statehood bill to admit Washington, DC as the 51st state

NEXT STEPS: The Senate, in which the bill faces an uphill battle pic.twitter.com/R8d6j6bqOC

Democrats have argued that Washington DC statehood will be able to finally right the historic ‘civil rights’ injustice of taxing residents of the area without affording them any representation in Congress.

“Their first priority is to change the rules to stay in power," he said.

Furthermore, the Texas Senator questioned whether the US Democrats ‘believe in Democracy’, saying:

"If they want to stay in power, there’s a real simple path for that. Convince voters your ideas are right. But that’s too complicated. Sometimes the voters disagree."

According to the Republican politician, Democrats sought to change voting rules in the country to ‘guarantee victories’.

‘Assault on Independence of Judiciary’

Ted Cruz also pilloried what he said was an “assault, fundamentally, on the independence of the judiciary", as he weighed in on their aspirations to pack the Supreme Court with "four left-wing radicals".

Democratic Senator Ed Markey, Representatives Hank Johnson and Mondaire Jones, and head of the House Judiciary Committee, Jerry Nadler, proposed legislation on 15 April that would increase the number of the Supreme Court judges from nine to 13.

While conservative judges currently constitute a 6-3 majority in the Supreme Court, Democrat intention to expand the number of liberal justices stirred backlash from the GOP.

Senate Minority Leader Mitch McConnell warned that the move was fraught with "turning the Supreme Court into just a political football".

20 Republican state attorneys general penned a letter to US President Joe Biden and congressional leaders to express concern about the efforts to expand the Supreme Court.

According to them, it could “seriously undermine the constitutional system, the public’s confidence in our courts, and the rule of law”.

Packing the court is a power-grab.

HR1 is a power-grab.

The filibuster elimination is a power-grab.

So, the Joe Biden presidency is not problem solving thus far.

It's the biggest power-grab in my lifetime. pic.twitter.com/TrbAngCRnl

GOP Senators Ted Cruz, Lindsey Graham and Marsha Blackburn came to the Supreme Court building to voice their objection to the ongoing consideration of expanding the US Supreme Court on Thursday.

"Packing the court and tearing down the institutions that protect our rights is fundamentally wrong," Cruz said, referring to "court-packing" as a “rig the game” that would "destroy judicial independence".