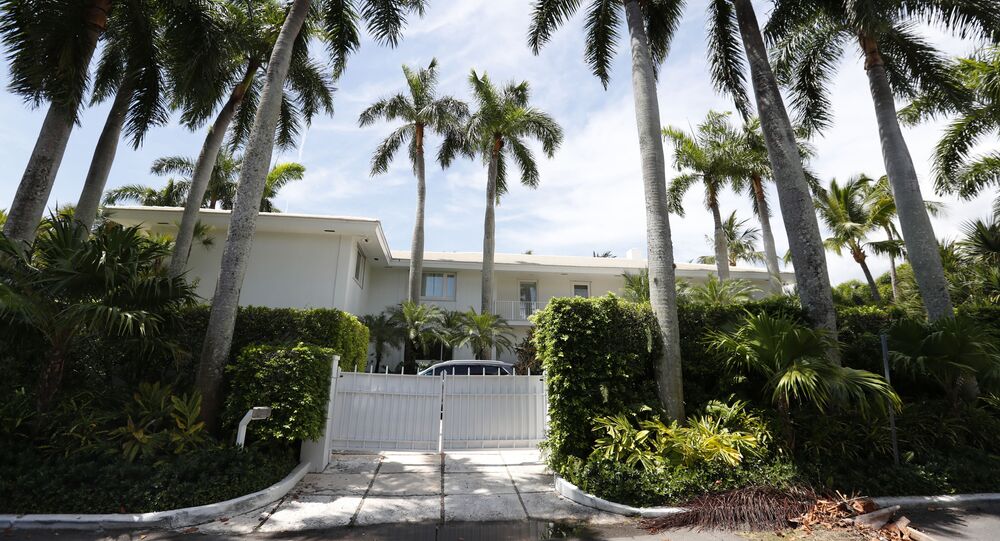 The Florida-based home of the late financier Jeffrey Epstein has been sold to local developer Todd Michael Glaser, who promised to raze to the ground the notorious estate where dozens of underage victims are believed to have been abused during the millionaire’s life time.

Crews began to demolish Jeffrey Epstein's Palm Beach estate this week to make room for a new house by developer Todd Michael Glaser who bought the notorious mansion for about $18.5 million in March.

“Finally,” was the only thing Glaser would say to Palm Beach Daily News, as cranes and heavy equipment were seen eating through the house’s walls on Monday.

Permits for demolition were only issued last week, the Daily News reports, although Glaser revealed his plan to get rid of the house as early as last autumn when he signed the contract to buy the 14,223 sq ft estate. The transaction was apparently finalised only this year with a much lower price than the listed $21.995 million.

Epstein’s Manhattan mansion also found itself having to go "cheap" when it was sold in March for only $51 million rather than the $88 million asking price it originally had. The money for that bargain went to the Epstein Victims' Compensation fund. Although the New York Post claims that the funds from the Palm Beach sale were also allocated to Epstein’s victims, this has not been confirmed by Glaser. The developer earlier told the Daily News that he would personally be satisfied if the house were razed to the ground.

According to estate agent Lawrence A. Moens, who helped to put the sale together, he “only” got involved in the transaction “to ensure [Jeffrey Epstein’s residence] would be wiped off the map of Palm Beach”.

Former Palm Beach police chief Michael Reiter maintains that “countless children” have seen their life destroyed by the owner of the now-levelled house in a massive sex-trafficking scheme which is still being investigated.

Despite Epstein killing himself in a prison cell in August 2019 while awaiting trial on the sex-trafficking accusations, American prosecutors are still reviewing all the circumstances around the presumed ring and all of the financier’s accomplices. Dozens of Epstein’s accusers are applying for compensation from the mogul’s estate saying that they had been sexually abused by the rich financier at his various properties. Some of them claim they were as young as 14 years old when the alleged assaults happened.