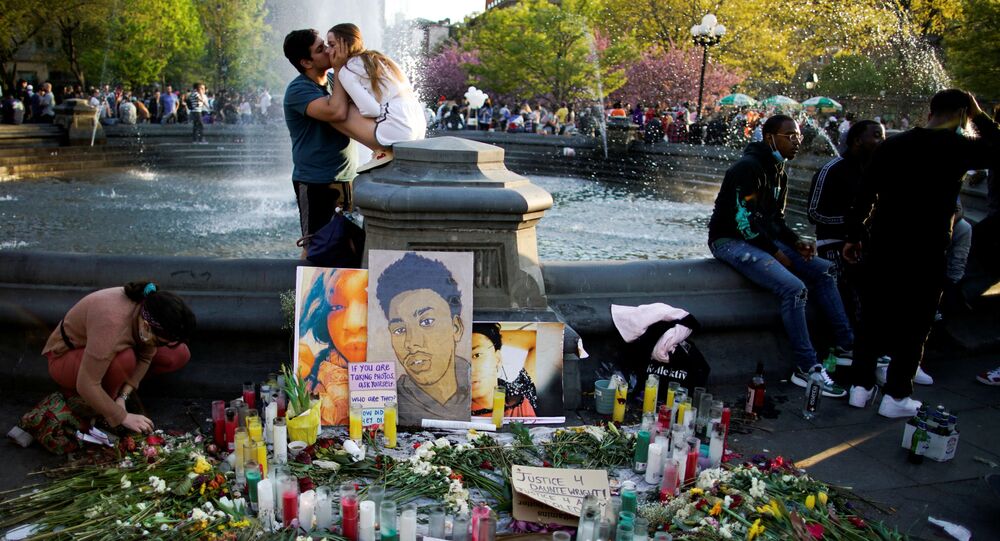 The 20-year-old Black man was fatally shot on 11 April in Brooklyn Centre, Minnesota. The police later confirmed it was an accident as the officer had intended to use a taser.

Sputnik is live from Minneapolis, Minnesota where people are gathering for the memorial service and funeral of Daunte Wright on 22 April.

Wright, 20, was killed by white female officer Kimberly Potter, 48, in Brooklyn Centre during a traffic stop on 11 April. Body cam footage of the incident shows Potter allegedly thought she was firing her taser and not her handgun.

Wright’s death sparked protests in Minnesota and coincided with the trial of ex-cop Derek Chauvin, who knelt on on the neck of 46-year-old Black man George Floyd for several minutes during his arrest, causing his death.

Earlier in the day, the US Justice Department announced that it's investigating Minneapolis police practices in view of the recent fatalities. The civil probe is set to determine whether there's a pattern or practice of unconstitutional or unlawful policing.