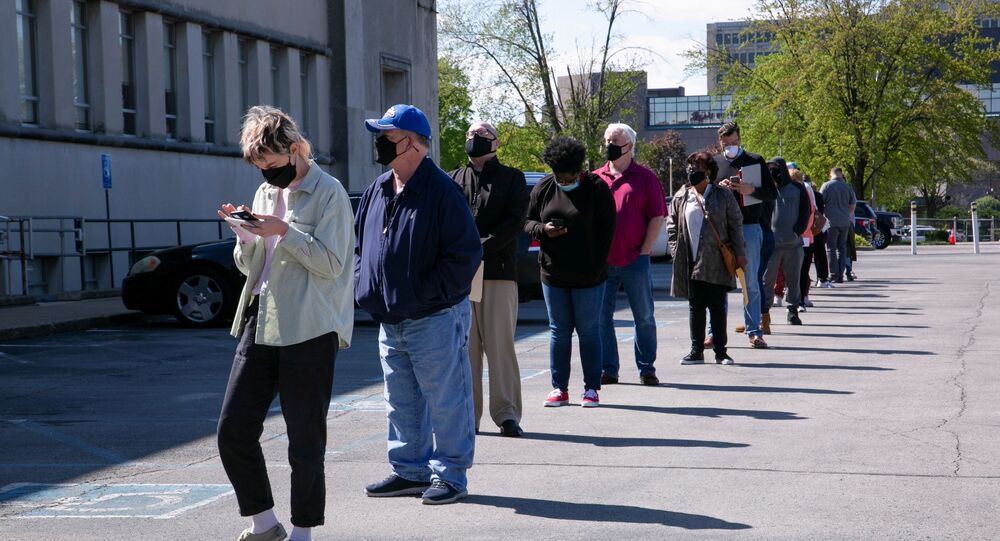 America's unemployment rate has dropped to 6 percent this March - a vast improvement on the 14.7 percent recorded nearly a year ago, in April 2020.

Fewer claims for unemployment benefits were made last week in the United States, marking a new pandemic-time low, the Labour Department said Thursday.

This is only the second week in a row since March 2020 that the number of claims has stayed below 700,000, as there has been a massive shutdown of businesses which the government considers non-essential - shops, hair dressers and restaurants - because of the COVID pandemic.

Before the pandemic struck, the level of jobless claims was roughly around the 250,000 level. But this number shot up when thousands of workers were laid off after swathes of businesses went bust and had to shut down.

America's unemployment rate soared last year from 4.4 percent in March to 14.7 percent in April as the health crisis gained momentum.

As of 3 April, some 17 million Americans were still waiting to collect their unemployment benefit despite the fact that the US jobs market is slowly recovering from the pandemic. As of March 2021, the unemployment rate has stuck at 6 percent, after falling gradually from the 10.2 percent recorded in July 2020.