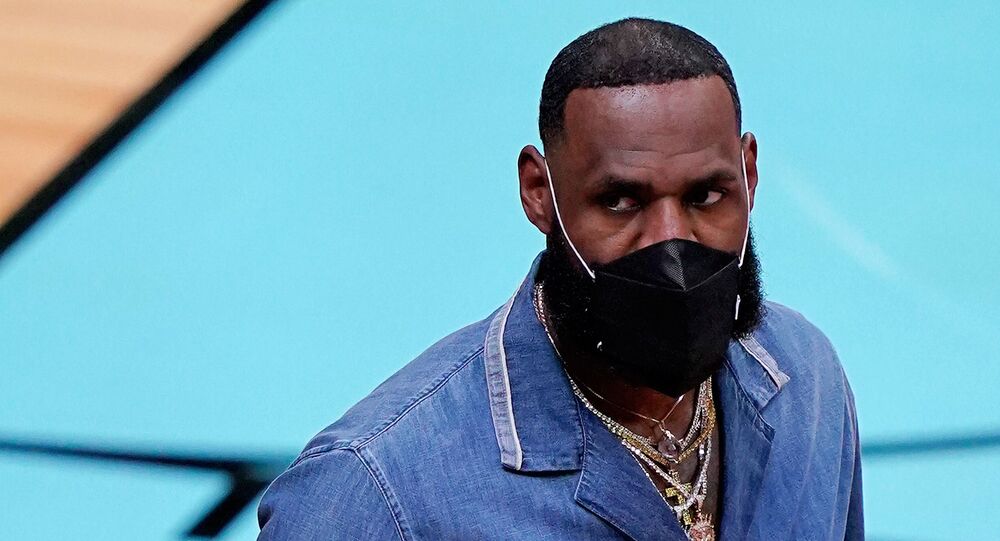 'Desperate For More ACCOUNTABILITY': LeBron Explains His 'YOU'R NEXT' Post About Ohio Shooting

On Tuesday, a Columbus police officer shot and killed a black teenage girl after she was seen at another woman with a knife. The killing quickly saw protests in the city and sparked outrage in social media.

One highest-scoring basketball players in the history of the sport, LeBron James on Wednesday explained his “YOU'R NEXT” tweet posted earlier in the day with an image of the policeman who shot and killed Makiyah Bryant, referring to the recently-concluded trial of Derek Chauvin, a white ex-cop convicted for killing African-American George Floyd.

The sports icon noted that his tweet produced many negative responses as “they always use our words to create more racism.”

"I’m so damn tired of seeing Black people killed by police. I took the tweet down because its being used to create more hate -This isn’t about one officer. it’s about the entire system and they always use our words to create more racism. I am so desperate for more ACCOUNTABILITY,” he tweeted.

Netizes and even some lawmakers have considered his previous tweet as a direct threat at the cop, suggesting that it was a dangerous and “reckless” call to violence. James's subsequent tweet also saw backlash as some users claimed that he didn't care that another woman had threatened by Bryant.

you’re the one creating more hate in this situation, clown pic.twitter.com/Pa5EU9MWNV

This man got some Chinese marbles to be blaming his dangerous, ill-informed tweets on others causing "hate."

You're right, @KingJames. People hate liars and malcontents who spread Chinese propaganda and sow racial division based on ignorance.🔻https://t.co/hfwb7IKKOZ

​At the same time, many netizens supported the basketball star, while noting that "exessive force" is not an option.

Excessive force is the default option. It must change. The job is to protect and serve, not be violent aggressors. It seems a large number of unqualified people become cops and politicians. They are really letting us all down

I just seen a 300 pound 17 year old male get tased at my workplace while rushing cops with a knife. I think a taser would have been a better option instead of firing 4 shots

On Tuesday, police arrived at Bryant’s house after a report of an attempted stabbing. According to body camera footage released by the Columbus Police Department, the teenager was holding a knife, and threatening another woman. The policeman shot four times at her and the girl died from major injuries after being delivered to a hospital. Bryant was said by her mother to be 16, although her aunt, cited by the Daily Beast, told reporters that she was 15.

The policeman will be investigated, currently taken off of street duty. As Columbus Mayor Andrew Ginther said at a press conference, “the officer took action to protect another young girl.”

One Killed, Two Injured in Shooting Spree at a Supermarket on New York's Long Island