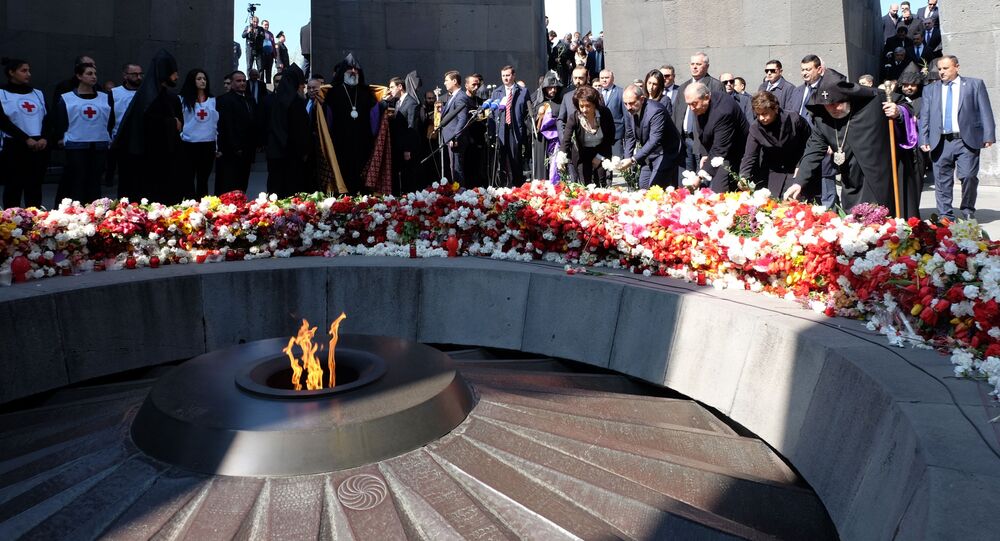 MOSCOW (Sputnik) - US President Joe Biden is set to formally recognize the Ottoman Empire's genocide against the Armenian people in the early 20th century, The Wall Street Journal (WSJ) reported, citing US officials.

In March, the US Senate Foreign Relations Committee urged Biden to recognize the Armenian genocide. The congress said that in a 2020 statement, Biden had recognized the genocide of the Armenian people living under the Ottoman Empire during the early part of the last century, and called on him to do this again as US president.

The officials cited by the WSJ said the US leader was expected to describe the deportation, starvation and massacre of Armenians by the Ottoman Turks starting in 1915 as a genocide.

On Tuesday, Turkish Foreign Minister Mevlut Çavuşoglu told Haberturk news that relations between Washington and Ankara would get worse if the Biden administration acknowledged the genocide.

On Wednesday, more than 100 members of US Congress urged President Joe Biden to recognize as genocide the mass killing of Armenians living under the Ottoman Empire during the early part of the last century.

"We join with the proud Armenian American community and all of those who support truth and justice in asking that you clearly and directly recognize the Armenian Genocide in your April 24 statement," the letter, signed by 107 US House lawmakers, said on Wednesday.

The lawmakers noted that April 24 will mark the 106th anniversary "of the first days of the Armenian Genocide, the systematic murder of 1.5 million Armenians by the Ottoman Empire from 1915 to 1923."

The events of this period have been recognized as genocide by governments and parliaments in over 30 countries, although Ankara has repeatedly opposed the use of the word.

Last April, then-President Donald Trump stopped short of acknowledging the events as a genocide, instead using the term "Mads Yegern," an Armenian phrase that means "great calamity." In response, Turkey's Foreign Ministry said Trump’s statement did not mention the claims of "more than 500,000 Muslims who were massacred by Armenian rebels in the same period."

Moscow Worried War in Donbass Could Become A West-Backed Genocide, Would Intervene to Protect