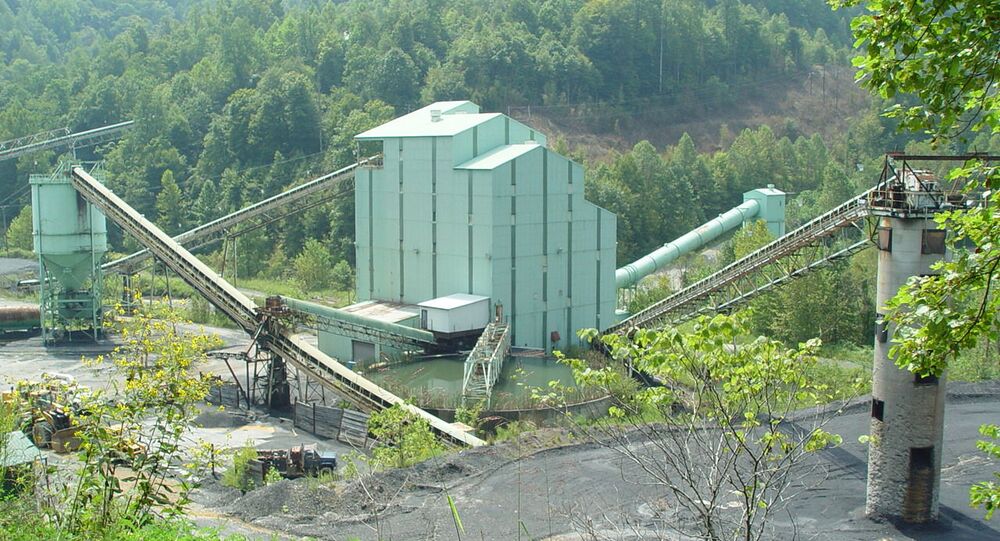 US President Joe Biden has set a goal of weaning the US off fossil fuels by 2035. At present, renewable energy provides just one-sixth of US power needs, but new proposals for projects like huge offshore wind farms could begin to tap the nation’s vast clean energy potential.

Cecil Roberts, president of the United Mine Workers of America (UMWA), said on Wednesday the labor union was willing to back US President Joe Biden’s push to end fossil fuel use if it came with new jobs for former industry workers.

“There needs to be a tremendous investment here,” Roberts told the National Press Club, according to the New York Times. “We always end up dealing with climate change, closing down coal mines. We never get to the second piece of it.”

“We’re on the side of job creation, of a future for our people,” he said. “If that isn’t part of the conversation at the end of the day, we’ll be hard pressed to be supportive.”

“I think we need to provide a future for those people, a future for anybody that loses their job because of a transition in this country, regardless if it’s coal, oil, gas or any other industry for that matter,” Roberts added. “We talk about a ‘just transition’ all the time, I wish people would quit using that. There’s never been a just transition in the history of the United States.”

UMWA’s transition plan would provide full funding for programs to plug old oil and gas wells and clean up abandoned mines. However, it would also give significant tax incentives for renewable energy and developing technologies like carbon capture, which could allow fossil fuel-burning power plants to continue operating while no longer putting climate change-accelerating carbon dioxide into the atmosphere. Their plan would also give preferences in hiring for dislocated miners.

Some of those provisions are already in Biden’s plan, including $16 billion for plugging hundreds of thousands of “orphaned” wells and cleaning up old, pollutive and dangerous mines.

It’s an issue that’s repeatedly haunted his green energy plans, especially since Biden has described himself as “the most pro-union president you’ve ever seen,” part of a blue-collar image he’s cultivated over the course of his political career.

In July 2020, as Biden was attempting to court the powerful progressive wing of the party that had backed his rival, Sen. Bernie Sanders (I-VT), he promoted a “clean energy revolution” to rival their “Green New Deal,” promising it would “create millions of high-paying union jobs by building a modern infrastructure and a clean energy future.”

So, when on the first day of his presidency Biden cancelled the controversial Keystone XL oil pipeline, critics pounced. Fox News reporter Peter Doocy asked White House Press Secretary Jen Psaki at a press briefing: “Where is it that they [pipeline workers] can go for their green job? That is something the administration has promised and there is now a gap so I’m just curious when that happens, when those people can count on that?”

While Doocy cited construction jobs expected to be created by the 1,700-mile pipeline and not actual employees on payroll, roughly 1,000 workers did lose their jobs as a result. However, Psaki snarkily replied that Doocy needed to cite his claims of job loss from the cancellation.

CFL-CIO President Richard Trumka, a former coal miner, also criticized the move, telling Axios, “I wish he hadn’t done that on the first day … I wish he had pared that more carefully with the thing that he did second, by saying that ‘here’s where we’re creating jobs.’ We can do mine reclamation jobs, we can fix leaks and we can fix seeps and create hundreds of thousands of jobs in doing all that stuff.” However, he acknowledged that Biden did do it “the right way” the next time he spoke of it.

However, Trumka expressed some skepticism at Biden’s plan to transition from fossil fuels to clean energy jobs, telling Axios that “when they laid off at the mines back in Pennsylvania, they told us they were going to train us to be computer programmers.”

"If you destroy 100 jobs in Greene County, Pennsylvania, where I grew up, and you create 100 jobs in California, it doesn't do those 100 families much good," Trumka said. "If you're looking at a pipeline and you're saying we're going to put it down, now what are you going to do to create the same good-paying jobs in that area?"

Appearing beside Roberts at the Wednesday National Press Club event was West Virginia’s Democratic Senator, Joe Manchin. The centrist lawmaker, who recently threw his support behind the pro-union Protect the Right to Organize (PRO) Act bill, said Biden’s $2.3 trillion infrastructure package must help coal miners in his state and others, such as Wyoming, where 40% of the country’s heating coal is mined.

“Basically what is needed ... is the human infrastructure,” Manchin said, according to the Associated Press. “You can’t leave anybody behind … I can tell you how West Virginia feels. We feel like returning Vietnam veterans. We’ve done every dirty job you’ve asked us to do. We never questioned. We did it and performed well. And now all of a sudden we’re not good enough, we’re not clean enough, we’re not green enough and we’re not smart enough.”

“You want to know why they quit voting for Democrats, that’s the reason,” Manchin added.