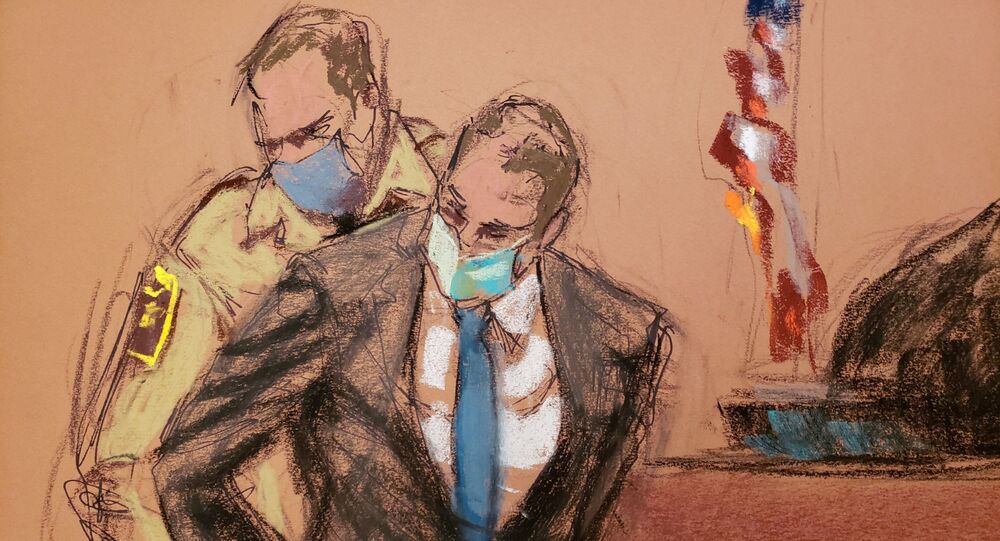 Former Minneapolis Police Department officer Derek Chauvin could end up in prison for over seven decades; he was found guilty on Tuesday on all three charges in relation to George Floyd’s killing. The former cop is currently awaiting his sentence, which is expected to be announced in the summer.

Derek Chauvin wrote something on his hand before being remanded into custody on Tuesday, when a jury voted to convict the former police officer on all three charges of murdering George Floyd last May.

The videos from the court room show writing in dark ink on Chauvin’s left palm as he is being handcuffed and escorted out, following his bail’s revocation.

Chauvin's bail is revoked and he is taken into custody. Guilty on three counts. Court adjourned. pic.twitter.com/xKTEeVFvwq

The ex-policeman’s lawyer Eric Nelson has confirmed to TMZ that the inscription was his phone number – his client penned the digits shortly before the conviction. As a person familiar with the system, Chauvin knew that if the jury find him guilty of second-degree murder, his bail could be revoked immediately and he would end up in jail, with scant chance of being able to call anyone except his lawyer.

© REUTERS / POOL
Former Minneapolis police officer Derek Chauvin is led away in handcuffs after a jury found him guilty of all charges in his trial for second-degree murder, third-degree murder and second-degree manslaughter in the death of George Floyd in Minneapolis, Minnesota, U.S. April 20, 2021 in a still image from video.

Nelson could not share the details of the potential phone conversation between the two, but it is believed that the lawyer and his client would probably discuss the appeal options and the upcoming sentencing of Chauvin, expected in late June.