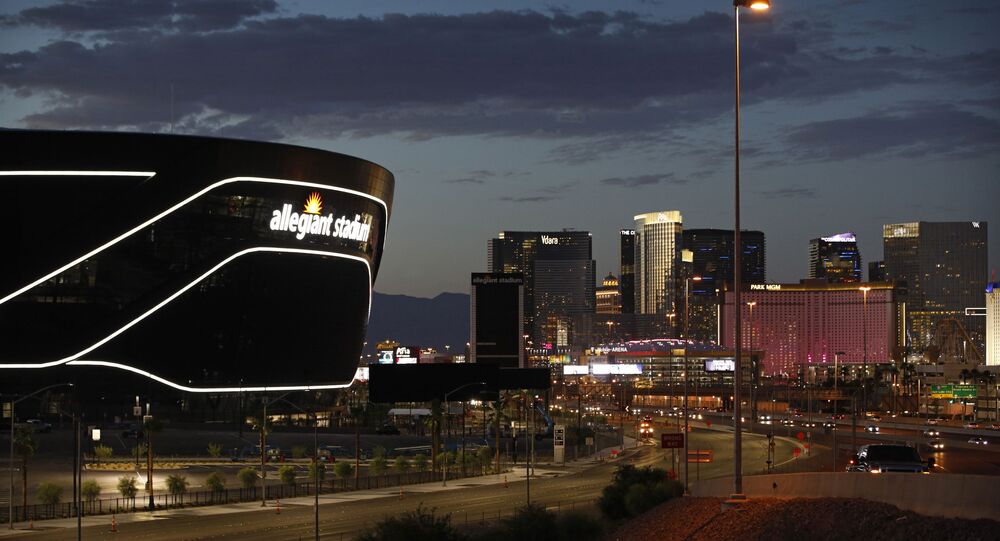 Derek Chauvin was convicted by juries on all charges on 20 April following a long trial for the murder of George Floyd. Floyd’s brother said after the court hearing that his family now can “breathe again.”

The Las Vegas Raiders football team received a backlash after its official Twitter account posted a picture on Tuesday, saying “I can breathe” just hours after former Minneapolis police officer Derek Chauvin was found guilty of murder in the death of George Floyd.

According to club owner Mark Davis, the publication was related to a comment made by Philonise, George Floyd’s younger brother, who said earlier “Today, we are able to breathe again” while addressing a press conference following the verdict.

“If I offended the family, then I’m deeply, deeply disappointed […] It's not an apology. I'm not embarrassed by what I said, but I did learn something now." he told The Athletic.

Davis noted that the post would not be removed, but it can be un-pinned and let “run its course”. He also added that he didn’t know the initial meaning of the motto and noted that now he “can see where there could be some negativity towards what I said based on that", referring to the fact that the "I can breath" slogan was used by New York Police Department supporters during demonstrations after the 2014 killing of Eric Garner.

Shortly after the publication bemused users expressed their outrage, saying that the post is “offensive”.

excuse me, what the fuck?! pic.twitter.com/GBY9Ogh61u

Listen, your intentions are good.

But can we not?

​At the same time, some didn't understand the critics, as they're convinced that Raiders' social media coordinator just wanted to praise the verdict.

Nothing wrong with this post. Don’t misinterpret it. I understood what they meant with this and it is like breathing again, justice was finally served and the movement continues for those who still have not had justice.

I’m pretty sure this just means that George Floyd is liberated now that he’s at peace and that Justice was Served...it’s kinda sentimental ngl, why is everyone mad?

On Tuesday the 12-jury panel ruled to find him guilty as charged. Chauvin is expected to be sentenced in eight months.