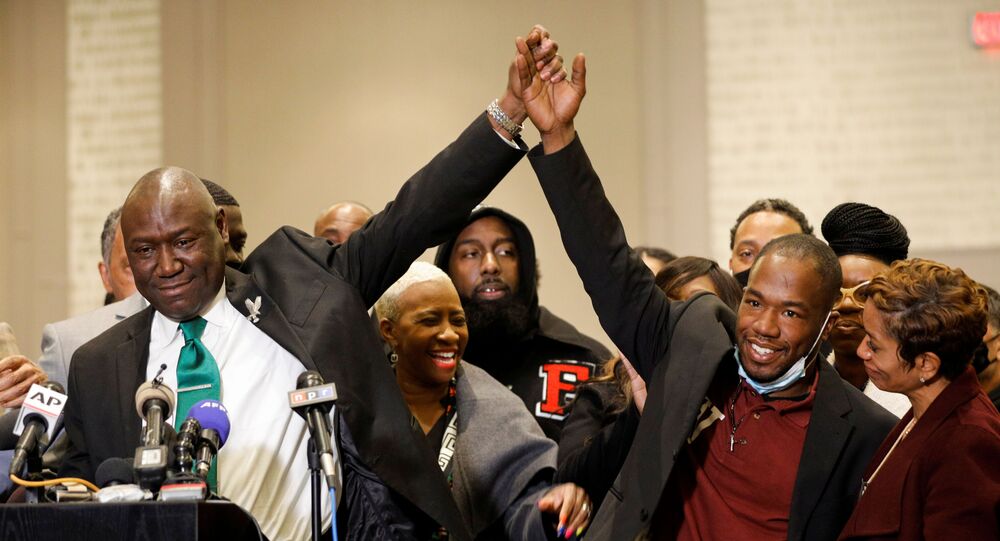 The lengthy and tense trial was concluded on Tuesday with a jury verdict that convicted former police officer Derek Chauvin, who killed Minnesota resident George Floyd a year ago by putting his knee on Floyd’s neck for over eight minutes, causing the latter to be asphyxiated.

Family members of George Floyd said on Tuesday at a press conference in Minneapolis that they felt relieved after the jury announced their verdict to convict the ex-cop, Derek Chauvin, of murdering George Floyd, according to ABC News.

Philonise Floyd, George’s younger brother, noted that he “had faith” that Chauvin “will be convicted.”

"You have the cameras all around the world to see and show what happened to my brother. It was a motion picture -- the world seeing his life being extinguished. And I could do nothing but watch -- especially in that courtroom," he said.

Terrence Floyd, another of George's brothers, noted that he is “just grateful” for the outcome and "will salute" his brother "every day of his life."

“I'm grateful that my grandmother, my mother, my aunt, they got to see this history made," he said, adding that his brother is “in history.”

Civil rights activist and Baptist minister Rev. Al Sharpton also commented on the verdict. "If we don't give up... we can win some rounds,” he said, adding that “the fight is not over” and recalling that the funeral of Daunte Wright, recently killed by a policewoman during trial-related protests, is “just two days from now.”

George Floyd’s family watched the reading of the verdict in the Derek Chauvin trial from their home in Houston: https://t.co/WXD1mCjIgH pic.twitter.com/TOC2wzipam

Floyd family attorney Ben Crump pointed out that “George Floyd's victory and America's quest for equal justice under the law will be intertwined," stressing that it was “a historical moment” for making “America for all Americans."

US President Joe Biden, along with Vice President Kamala Harris and the first lady, Jill Biden, telephoned Philonise Floyd shortly after the verdict. Later, Biden spoke of the trial, saying that the outcome was “a step forward.”

In May 2020, George Floyd was asphyxiated by Chauvin during a brutal arrest after being apprehended for attempting to use a fake banknote in a small local shop.

As World Awaits Verdict in George Floyd Trial, What Other Cases Have Had the Globe Enthralled?