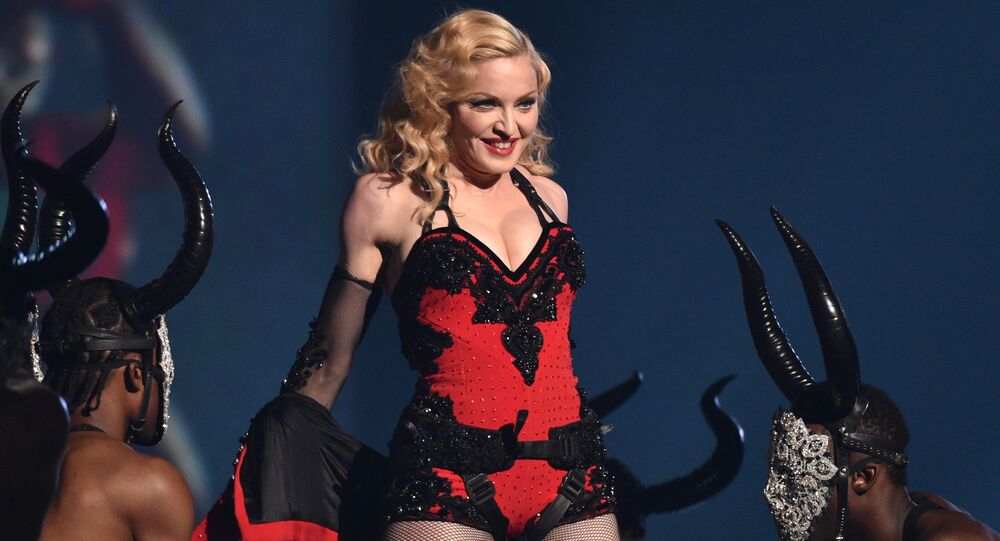 As the US observes a rise in mass shootings and reports of police brutality, conversations on US gun control, the Second Amendment right to bear arms and related gun ownership laws - such as background checks - have also become hot topics amongst Americans.

"This is insanity. Horrific," the Grammy-winning artist wrote on social media, referencing the recent killings of Toledo and 20-year-old Daunte Wright. "And yet it has become normalized in our society."

Madonna is seen posing in front of a number of posters that say "#GUNCONTROLNOW" and "WAKEUPAMERICA."

Madonna's Sunday posting came one day after she published footage of her plastering walls with #GUNCONTROLNOW posters.

"There's a new Vaccination!!" she wrote in another post. "Its [sic] called GUN CONTROL! Should be mandatory. It will SAVE LIVES!"

The artist's posts appear to be related to a campaign by gun safety nonprofit Everytown.

The 62-year-old pop star even took time to clap back at some netizens who questioned the authenticity of her recent social media posts.

"I don’t have any security or armed guards around me. Come see me and tell me to my face how not real my world is. I dare you," Madonna wrote in response to an Instagram user who claimed she was jaded and lived "behind high walls of protection."

She went on to assert the "only criminals I see right now are the police who are paid to protect the people."

Nevertheless, the US has been faced with an alarming number of mass shootings this year, including a mass shooting in Boulder, Colorado, that left 10 dead in March and the recent FedEx warehouse shooting in Indianapolis, Indiana, that killed eight people and injured seven others.

After the latter shooting, US President Joe Biden issued a written statement declaring "[t]oo many Americans are dying every single day from gun violence."

"Gun violence is an epidemic in America. But we should not accept it. We must act," he said, referring to two gun control bills that narrowly passed in the US House of Representatives earlier this year.