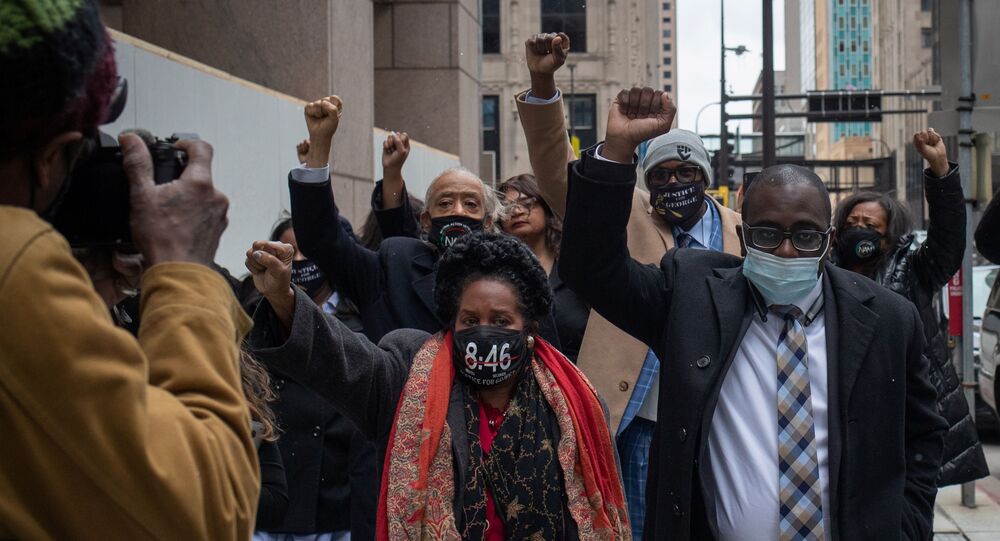 Hennepin County Courthouse is hearing the closing arguments in the case of Derek Chauvin, a former cop charged with killing George Floyd, whose death in late May of 2020 sparked nationwide protests against police brutality.

Sputnik is live from outside Hennepin County Courthouse in Minneapolis, Minnesota, where the families of George Floyd and Daunte Wright are holding a prayer vigil as the trial of Derek Chauvin, accused of killing Floyd, is in its final phase, with a verdict expected already this week.

The former policeman stands accused of kneeling on Floyd's neck despite the man's pleas he could not breathe.

Daunte Write, whose family is also attending the vigil, was shot dead earlier this month by a police officer who claims to have accidentally drawn and discharged a handgun instead of a taser.