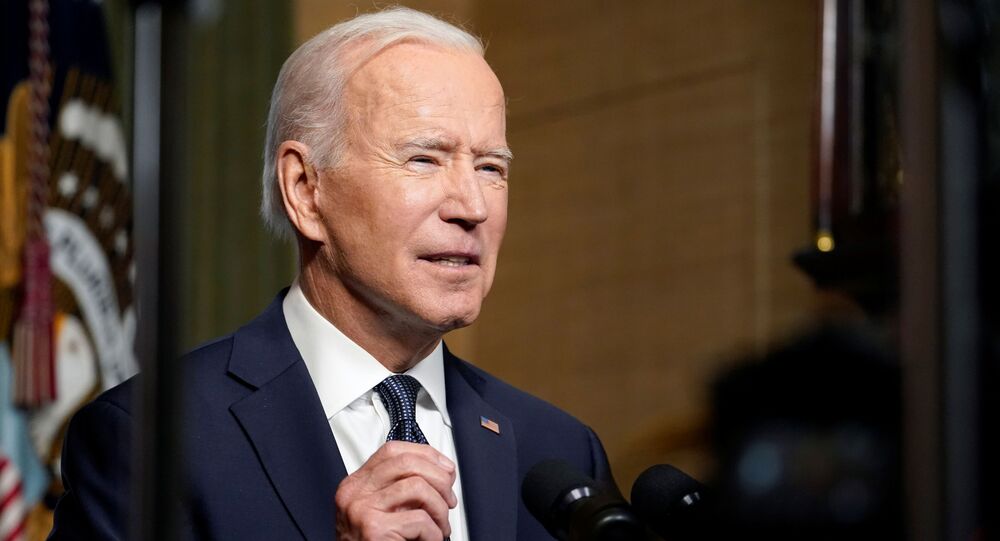 Minneapolis and other US cities are scrambling to enhance their security amid potential civil unrest as the verdict looms in the case of Derek Chauvin, the former policeman who is charged with suffocating Black Minnesota man George Floyd to death last year.

President Joe Biden is carefully following the ongoing trial of Derek Chauvin in the George Floyd case, fearing that the verdict could exacerbate racial tensions and further undermine confidence in the police, CNN reported, citing people familiar with the matter.

They said the president voiced his concerns during a private meeting last week with members of the Congressional Black Caucus, and is reportedly likely to address the outcome of the trial.

The president is said to have watched some of the trial coverage, which has dominated prime-time national television in the US. Biden also spoke with Democratic Minnesota Gov. Tim Walz last week to help grasp the sentiment on the ground, according to officials.

Police issues have also of late been a worrisome focus in internal talks with Vice President Kamala Harris, aides said, as the US has to face up to the growing frequency of shootings, including by on-duty law enforcement.

Finishing his third month in office, Biden faces a turbulent period, marked with protests over police killings in several cities over the weekend, seen as a sign of the urgency of solving racial injustice issues and working out police reform.

The closing arguments in the Derek Chauvin case are set to be announced in a Minnesota courthouse, where the proceedings resumed on Monday.

Minneapolis and other US cities are currently bracing for possible street unrest as the public is awaiting the jury's verdict in the case of the former Minnesota police officer, who is charged with killing African-American man George Floyd last May by kneeling for over eight minutes on his neck.

He has pleaded not guilty in the case, which sparked several months of Black Lives Matter protests last year, with the agenda eventually shifting to police brutality at large.

The resumed hearing comes as a funeral is scheduled on Thursday for Daunte Wright - another black Minnesota man, aged 20, killed earlier this month by a police officer during a traffic stop.

© REUTERS / TWITTER/GRAVEMORGAN
A demonstrator confronts a police officers during clashes, following the fatal police shooting of 20-year-old Black man Daunte Wright in Minnesota, April 12, 2021 in this still image obtained from a social media video on April 13, 2021.

The incident caused mass riots in the city of Brooklyn Center in Minnesota, where protesters clashed with police. BCPD Chief Tim Gannon depicted the 11 April killing as an "accidental discharge", claiming that the officer had intended to hit Wright with her department-issued stun gun rather than her firearm.