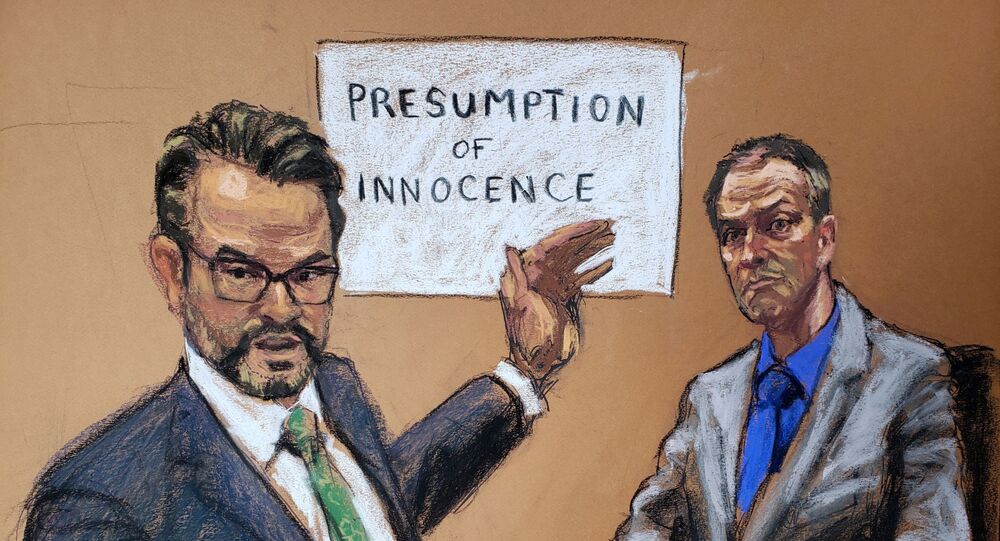 On 25 May 2020, then-police officer Chauvin kneeled on the neck of African American man George Floyd for over eight minutes during an arrest, despite the latter's pleas he could not breathe. Floyd died and Chauvin was later fired and charged with second-degree murder.

Sputnik is live from Minneapolis, Minnesota where Hennepin County Courthouse is hearing the closing arguments in the judicial process over Derek Chauvin, a former police officer accused of killing George Floyd.

Last week, Chauvin refused to testify as per his Fifth Amendment right against self-incrimination. Previously, a forensic pathologist representing the defence surmised that Floyd had died of a sudden heart rhythm disturbance owing to heart disease. Prosecutors insist that Floyd succumbed to a lack of oxygen.