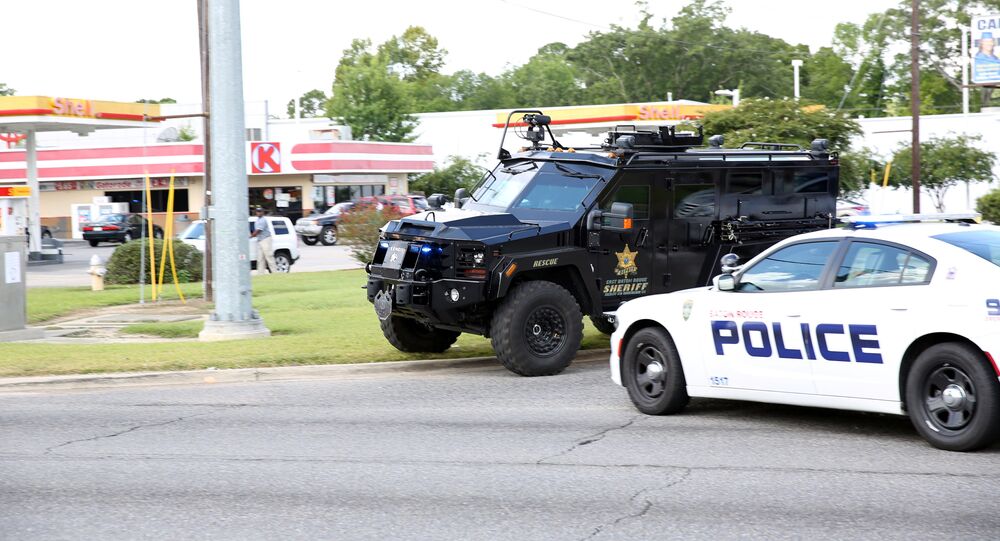 MOSCOW (Sputnik) - At least five people were injured in a shooting in Shreveport, Louisiana, KSLA reports.

"We were responding this evening to traffic congestion and during that congestion, numerous shots were fired and there are a lot of victims that were showing up at different hospitals", a Shreveport police spokesman said late Sunday, as aired on KSLA.

According to KSLA, a total of five people were injured in the shooting, which occurred on Hearne Avenue at 9:02 p.m. local time on Sunday (02:02 GMT on Monday).

The investigation is only in its early stages, according to police, and no arrests have been made so far.

20+ police units are responding to a report of a shooting in #Shreveport, Louisiana - KSLA
🔺 5 people suffered life-threatening injuries in a drive-by shooting at a liquor store; the suspect vehicle is a white Ford sedan pic.twitter.com/7cdfcbKBK5

This is not the first mass shooting that hit the state over the weekend: on Saturday night, six people were shot at a 12-year-old's birthday party in LaPlace, Louisiana, according to the St. John the Baptist Parish Sheriff's Office.