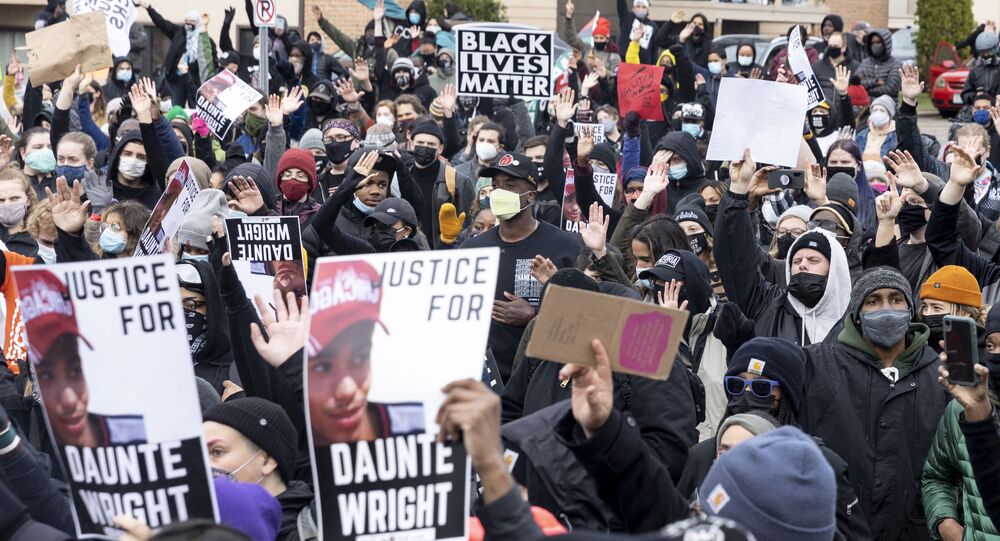 California Congresswoman Maxine Waters already has form for inciting supporters to go beyond peaceful protests. In 2018 she told opponents of then-president Donald Trump to harass federal government officials in public places and outside their homes until they resigned their jobs.

Waters travelled over 1,000 miles to the town of Brooklyn Center in the midwestern state to attend Saturday night protests over this week's fatal police shooting of young black man Daunte Wright.

"We gotta stay on the street,' Waters said, telling Black Live Matter (BLM) protesters "to get more confrontational" with authorities.

Cruz, who has led the charge in in holding President Joe Biden to account for the illegal immigration crisis in his and other states on the Mexican border, said Democrats were trying to "tear apart" the country by encouraging unrest.

Waters also appeared to be seeking to influence the jury in Minneapolis police officer Derek Chauvin's trial on charges of the second- and third-degree murder of black man George Floyd.

"We're looking for a guilty verdict", she told protesters. “And we’re looking to see if all of the talk that took place and has been taking place after they saw what happened to George Floyd, if nothing does not happen, then we know that we’ve got to not only stay in the street, but we’ve got to fight for justice.”

​Floyd's death in March 2020 — as Chauvin and three other officers pinned him down after he violently resisted arrest — sparked a wave of BLM protests and rioting by anarchist 'antifa' groupings that coincided with the presidential election campaign between Biden and then-president Donald Trump.

Wright, who was wanted for a firearms possession offence, was shot as he tried to escape arrest in his car after being pulled over by a patrol car. Policewoman Kim Potter, who fired the fatal shot after apparently mistaking her handgun for a taser stun-gun, resigned this week and has now been charged with manslaughter following days of violent protests over the shooting.

Waters has previously been accused of inciting criminal behaviour after she told fellow opponents of Trump to harass government officials in restaurants and at their homes in a bid to force them to quit their jobs.