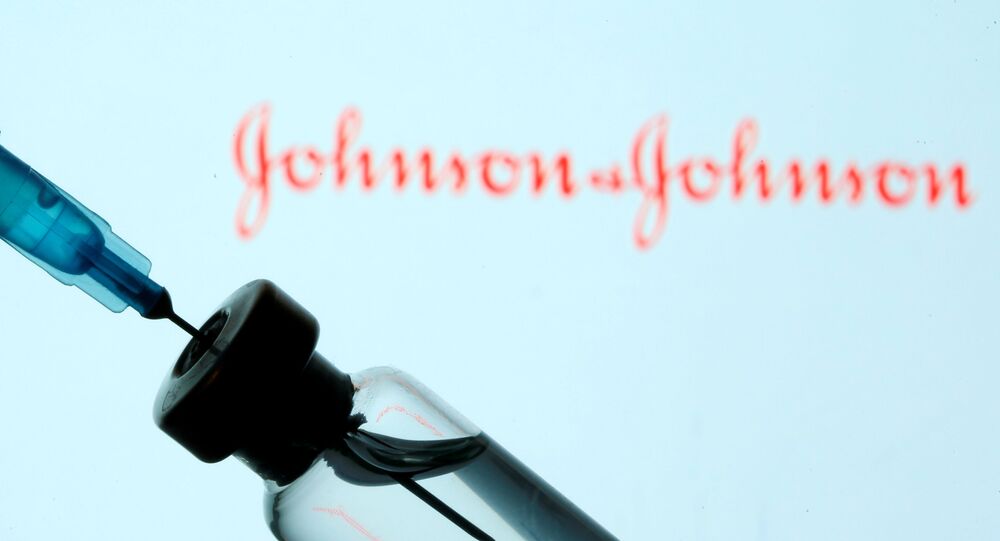 US medicines and health agencies the FDA and CDC suspended use of the Johnson & Johnson coronavirus vaccine last week after reports of six patients experiencing blood clots — out of 6.6 million recipients.

US President Joe Biden's chief medical advisor hopes the Johnson & Johnson COVID-19 vaccine will regain official approval in “some manner or form” within a week.

Anthony Fauci predicted that by next Friday, the US Food and Drug Administration (FDA) and Centres for Disease Control and Prevention (CDC) would reverse their decision to halt use of the jab

The two federal agencies issued the order last week after blood clots were reported in six out of 6.6 million patients vaccinated.

"Well I think by that time, we're gonna have a decision", Fauci told CNN’s State of the Union. "I don't want to get ahead of the CDC and the FDA and the advisory committee, but I would imagine that what we will see is that it would come back and it would come back in some sort of either warning or restriction".

"I don't know. I don't want to be ahead of them, but I keep getting asked that. I do think we will get it back in some manner or form, but would I'm sure I hope that we don't see anything extended beyond Friday we need to get ... some decision one way or the other", Fauci added.

On Tuesday, former President Donald Trump — to whom Fauci also served as medical adviser — said Biden's administration had done "a terrible disservice to people throughout the world" by blocking the jab, which has had repercussions across Africa.

Trump also suggested the decision was driven by the "FDA’s love for Pfizer", adding: "They should not be able to do such damage for possibly political reasons, or maybe because their friends at Pfizer have suggested it".

© AP Photo / Manuel Balce Ceneta
Trump Blames Biden for J&J COVID-19 Vaccine Administration Halt, Says FDA in Cahoots With Pfizer
Pfizer and Moderna also got a shot in the arm from the European Union on Wednesday when European Commission President Ursula von der Leyen said the bloc would not renew its contracts with J&J and AstraZeneca when they expire later this year.

“We need to focus on technologies that have proven their worth. mRNA vaccines are a clear case in point”, von der Leyen said.

However, mRNA-based vaccines like those made by Pfizer and Moderna are in fact a new and experimental technology. They have sparked controversy over their method of using the human body's own gene transcription mechanisms to produce antigens to the coronavirus that provoke an immune response. Both vaccines must be kept refrigerated at minus 70 degrees centigrade, beyond the capabilities of most local healthcare centres and pharmacies.

"It is quite frustrating because the fact that one may not want to get vaccinated, in this case of a disturbingly large proportion of Republicans, only actually works against where they want to be", Fauci said.

"They want to be able to say these restrictions that are put on by public health recommendations are things that they're very concerned about. We're all concerned about that we share that concern, but the way you get rid of those restrictions is to get as many people vaccinated as quickly and as expeditiously as possible".

Did the UK's Pharmaceutical Regulator Miss Link Between AstraZeneca Jab and Blood Clotting?