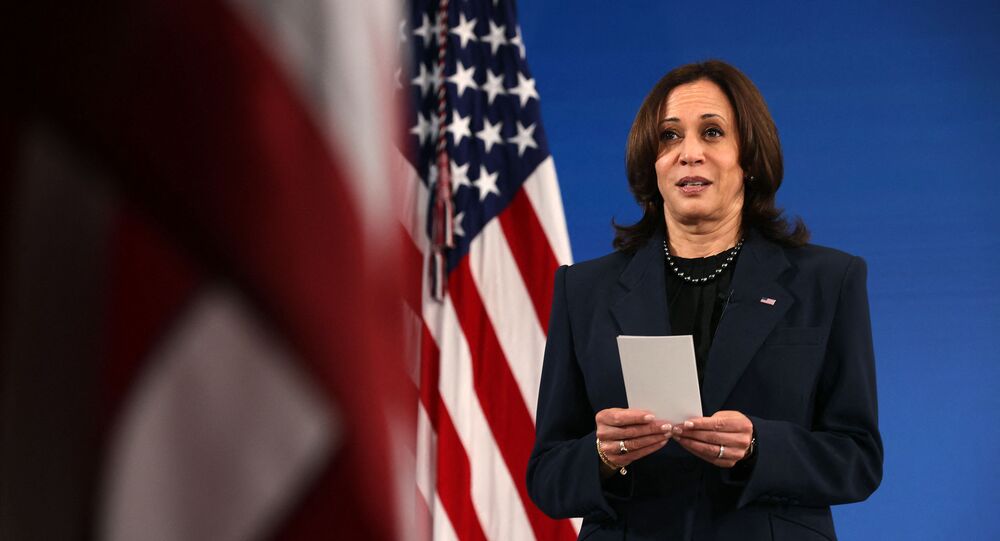 A Miami woman sent messages about killing US Vice President Kamala Harris to her imprisoned husband via JPay, a service used to share media between non-incarcerated and incarcerated people.

Niviane Petit Phelps, a 39-year-old nurse from Miami, Florida, has been charged with threatening to kill US Vice President Kamala Harris in a series of videos she sent to her spouse in prison, according to a criminal complaint filed in the United States District Court for the Southern District of Florida.

"Niviane Petit Phelps knowingly and willfully made threats to kill and inflict bodily harm upon the vice president of the United States in violation of Title 18, United States Code Section 871", the complaint said.

The media files were sent via JPay, a service that allows non-incarcerated and incarcerated people to share messages.

"The videos generally depict Phelps complaining and speaking angrily to the camera about her hatred for President Joe Biden and Vice President Kamala Harris, among others. However, in those videos, Phelps also made statements about killing Vice President Harris", authorities said.

In one video, Phelps said the vice president was "going to die" after "someone paid me $53,000 just to f*** you up", according to the complaint. In another video, the woman said she was going to a shooting range "until you f***ing leave the chair", while in a third video, she claimed that Harris would die in 50 days, authorities revealed.

The videos contained the following threats: "I'm going to the gun range. ... I swear to God, today is your day you're gonna die. 50 days from today, mark this day down", and "Kamala Harris you are going to die. Your days are numbered already", the complaint said.

Aside from the videos sent in mid-February, Phelps also shared a couple of photos with her husband, with one of them showing her at a shooting range grinning while holding a pistol next to a target with bullet holes.

© REUTERS / JONATHAN ERNST
What's So Funny? Shock and Embarrassment After Kamala Harris 'Laughed Off' Border Crisis Question
In early March, the Secret Service and detectives from the Miami-Dade Police Department paid Phelps a visit in a bid to interrogate her, but she refused to speak with them at the time. Days later, a Secret Service agent went to speak with Phelps at her home again.

According to the complaint, Phelps said, "She was angry at the time about Kamala Harris becoming vice president but that she is 'over it now'".

During an interview with investigators, Phelps, who is Black, expressed a belief that Harris, the nation's first female, Black, and South Asian vice president, is "not actually Black".

Following the investigation, Phelps was arrested. She faces up to five years in jail if convicted.

"My client has gone through some extreme anxiety due to the extended incarceration of her husband. I believe that my client was simply placating to the expectations and pressures placed upon her by that husband. The couple had a sense of disappointment that the current Presidential administration is not pursuing the same legal reforms that she thought the previous administration had done. Remember, despite my client's troubling language, her statements were ONLY made to her husband through private conversations. She never pushed her opinions upon anybody else. People say stupid "I'm going to kill you" soliloquys all the time; that is all this was...an emotionally exploited woman venting out her frustrations of wishing she had her husband back", Saul was cited as saying.

Phelps, who used to be a nurse at the Jackson Memorial Medical Centre, was also "suspended without pay while we process her employment termination", her employer said in a statement.