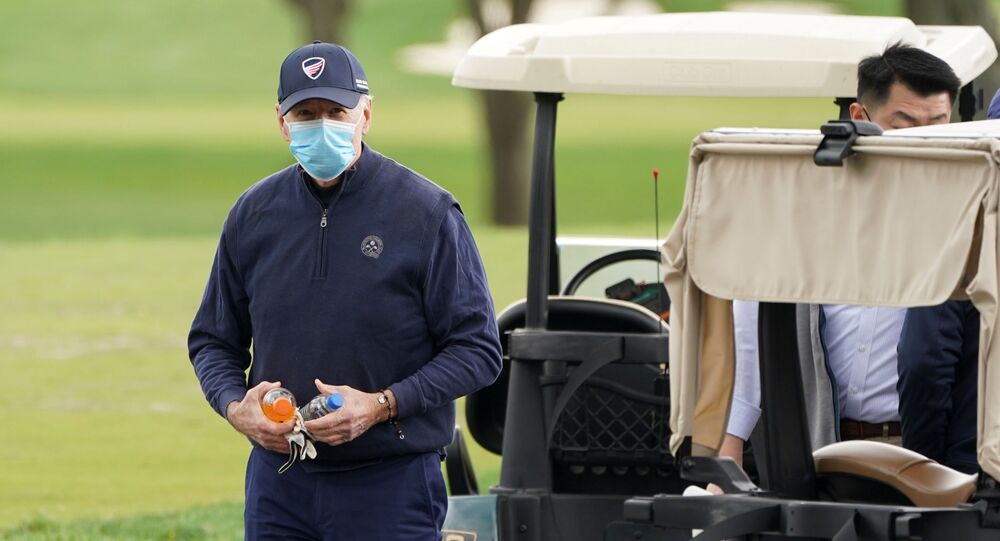 Joe Biden Plays Golf for First Time as US President

According to USA Today, 16 of the last 19 presidents of the United States have played golf, starting with William Howard Taft, who was reportedly "addicted to golfing". The only three US presidents who did not dig the game were Jimmy Carter, Harry Truman, and Herbert Hoover.

US President Joe Biden was spotted playing his first round of golf as commander-in-chief at the Wilmington Country Club in Delaware on Saturday.

Biden made his first public appearance on the course 87 days after taking the oath of office.

According to White House correspondents, Biden said "the course record was still intact" after he finished his game.

And Biden joked, after finishing his first round of golf as president, that “the course record was still intact” pic.twitter.com/LGJwoqAM7h

According to the Wilmington News Journal, Biden joined the club in 2014, and Beau was also a member at the time.

Biden was also ranked 68th among DC politicians with a 10 handicap in 2016, according to Golf Digest.

The golf game comes the day after Biden on Friday congratulated Masters golf championship winner, Hideki Matsuyama of Japan, while also calling him a "Japanese boy", which some might find quite offensive.

According to the website TrumpGolfCount, Biden's predecessor Donald Trump spent 298 days at golf clubs, with evidence of playing golf at least 150 times during his four-year tenure in office.

Democrats criticised Trump's excessive golfing, although ex-President Obama played the game around 306 times during his eight years in office.