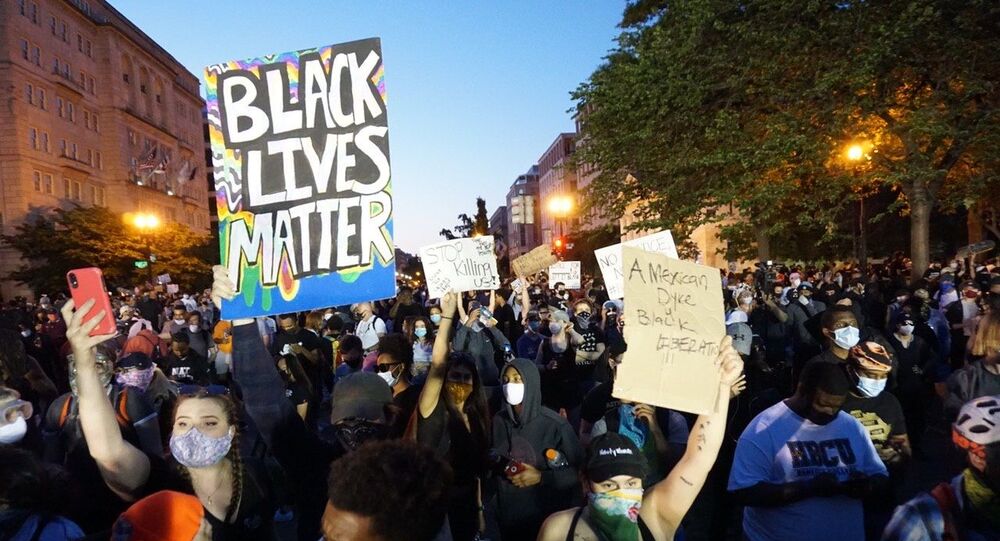 On 10 April, the New York Post broke that Patrisse Cullors, the Black Lives Movement's co-founder who once called herself a "trained Marxist", has bought "four high-end homes for $3.2 million in the US alone" since 2016. Her latest acquisition – a $1.4 million secluded mini-compound in a predominantly white and rich community in Los Angeles – was described by Dirt on 7 April.

Although Patrisse Cullors has denounced the scrutiny over her property as "racist and sexist" insisting that she earned an honest penny by working multiple jobs across many organisations her entire life, the scandal is intensifying.

Earlier this year, the Black Lives Matter Global Network Foundation, founded by Cullors, Alicia Garza, and Opal Tometi, told AP that it had solicited a whopping $90 million in 2020 amid the protests over African American George Floyd's death in police custody. However, at the same time, over a dozen Black Lives Matter organisations are complaining that they did not get their "fair share" of the funds, chastising the foundation for non-transparency.

The report describing Cullors' buying spree has poured salt into the BLM activists' wounds, with Hawk Newsome, the head of Black Lives Matter Greater New York City, which is not affiliated with the BLMGNF, calling for an independent audit of the foundation's spending.

"If you go around calling yourself a socialist, you have to ask how much of her own personal money is going to charitable causes", Newsome told the New York Post. "It's really sad because it makes people doubt the validity of the movement and overlook the fact that it's the people that carry this movement".

In response, a spokesperson for the national BLM organisation threatened legal action against Newsome claiming that he is "illegally" using the BLM name while not being affiliated with the "official" organisation. However, according to the Daily Caller, no BLM entity has any legal rights to the phrase "Black Lives Matter".

"So the issue has become my affiliation and not the use of funds", Newsome told the Daily Caller. "Interesting".

Meanwhile, it's been reported that Facebook has barred users from sharing the New York Post report from last week about Cullors' controversial property acquisitions.

"I've seen this movie", tweeted Emma Jo-Morris, a co-author of the New York Post's bombshell revelations concerning Hunter Biden's purported laptop that were banned by Twitter and Facebook in October 2020.

"While there certainly are legitimate concerns about injustice, whether racial, ethnic, religious, sexual orientation, or otherwise, Patrisse Cullors and many other scoundrels purporting to run charitable 'organisations' that use 'Black Lives Matter' in their names are actually undercutting potential progress when they enrich themselves through operation of poorly controlled, false-front charities", stresses Charles Ortel, a Wall Street analyst and investigative journalist specialising in charity fraud.

Ortel emphasises that so far he has seen no evidence that BLM "charities" bothered to become lawfully organised, adding that soliciting donations for fake "charities" is a serious set of crimes.

"Even worse is diverting money for 'charities' to pay for expensive personal residences", he remarks.

One also needs to question whether or not Cullors filed state income tax in California, declared her fund diversions on her federal income tax, and voted solely in her "home" state, notes Robert Bishop, a retired certified public accountant (CPA) and business executive.

Some Black Lives Matter movements earlier came under scrutiny in several states. On 6 July 2020, New York Attorney General Letitia James barred the Black Lives Matter Foundation, "unrelated to the BLM movement" from collecting donations in the state as it failed to "register or file any financial documents with the state, and therefore has failed to provide New Yorkers with information on how their donations will be used". James is also known for going after the powerful National Rifle Association and the Trump Organisation.

"Letitia James has immense power at her fingertips to investigate and then prosecute illegally 'organised', fake charities that are looted for personal benefit", says Ortel. "She should make examples of Cullors and of Newsome who both break charity laws with impudence".

For his part, Bishop suggests that James is unlikely to look into Cullors' controversial acquisitions, even after other BLM prominent figures' requests, since the attorney general is "a politician first and a lawyer second".

"She will only pursue justice based on her political agenda, meaning she will not prosecute BLMGNF", he says.

© AFP 2021 / KEREM YUCEL
People gather before curfew holding pictures of Daunte Wright along with Black Lives Matter signs to protest his death by a police officer in Brooklyn Center, Minnesota on April 12, 2021.

What complicates matters further is that enormous funds were solicited by the BLM movement amid riots and violence, the two American observers emphasise. According to Ortel, "threatening violence unless you receive financial tributes is a very old game".

"American elite, including corporate executives, are afraid that the protesters may show up at their homes", echoes Bishop. "Thus, they genuflect to the radicals and pledge millions in donations as tribute".

Meanwhile, Minneapolis, Portland, and some other cities have again been engulfed by protests under the pretext of "racial justice", which threatens to result in a vicious circle of violence, warns Bishop.

"Since the mainstream media (aka government media complex) and leftist politicians are constantly promoting reparations, hooligans are using it as an excuse to collect reparations through looting", says the retired CPA.