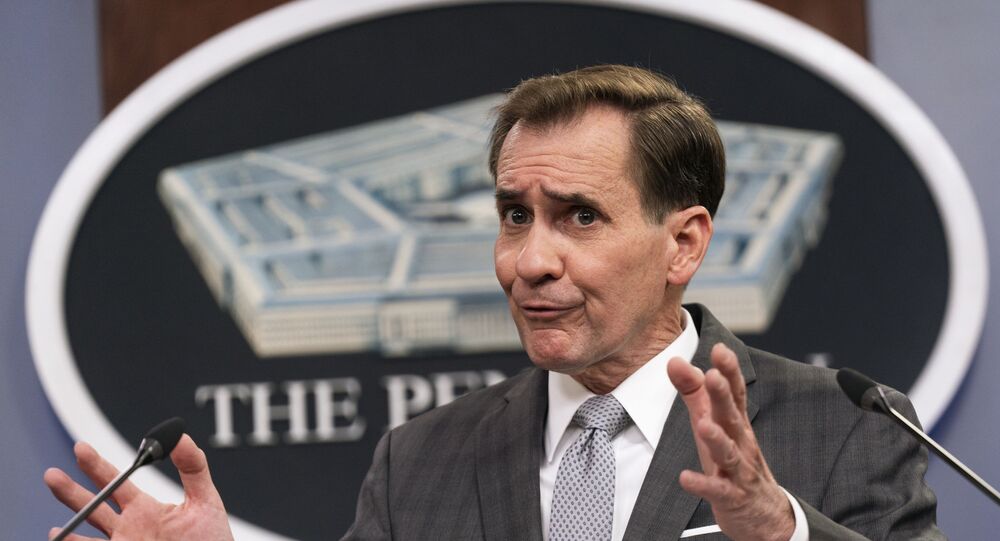 WASHINGTON (Sputnik) - Defense Department spokesperson John Kirby told reporters on Friday that there will not be any apologies for the debunked US allegations that Russia offered monetary awards to militants in Afghanistan for killing US soldiers deployed in the region.

The intelligence review of all Russia-related grievances commissioned by President Joe Biden found “low to moderate” confidence in the allegations that had been rejected by Moscow and dismissed by officials in the Trump administration.

“We are talking about safety and well-being of our troops in harms way. And we won’t make any apologies for wanting to be concerned about that,” Kirby said during a briefing.

Afghan bounties allegations were actively promoted by the Biden campaign ahead of the 2020 presidential election as an example of what was described as former President Donald Trump’s inability to stand up to Russia.

“I have not accused anyone here and I don’t think we have accused anyone. We have said that it’s a serious potential charge here... We are concerned enough about this that we want Moscow to be transparent about it,” Kirby said.

The Defense Department spokesperson refused to provide any details and lashed out at a reporter who reproached him of “still trying to give this credence after it has been basically shown to be pretty thin stuff.”

There is enough uncertainty about it that we believe... we need to know more. And I am a little bit perplexed as to why the very idea of this... why you wouldn’t want us to want to take it seriously, to know more about it,” he said.

On Thursday, the White House referred to the bounties allegations as “reports,” but did not use them as a pretext for imposing additional sanctions against Russia and said the issue continues to be handled through “diplomatic, military and intelligence channels.”

US General on Russian Bounties Story: ‘I Just Haven't Seen Evidence of it Yet’