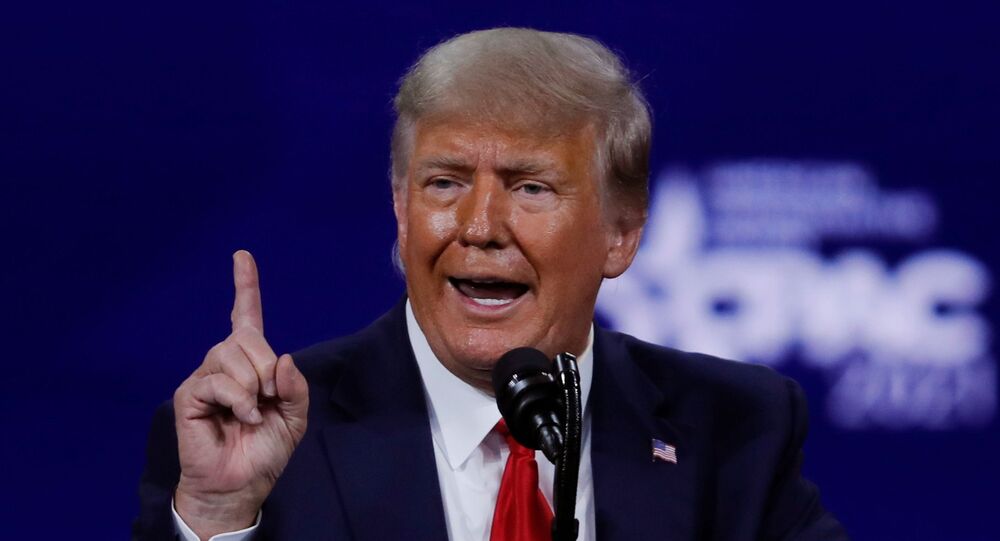 A recent poll showed that Republican voters are particularly opposed to getting the coronavirus vaccine, which has raised concern among US health experts, who questioned whether the country will be able to achieve herd immunity against the disease, which according to the John Hopkins University, has so far killed more than 565,000 Americans.

The release of photos showing ex-president Donald Trump getting a coronavirus vaccine will solve the issue of vaccine hesitancy in the United States, suggested Chelsea Clinton, the daughter of former president Bill Clinton. Speaking on the US talk show The View, the 41-year-old said releasing the images will not only help the Republican "claim credit for the enormous progress" his administration made by developing and procuring COVID-19 inoculations, but also help in the fight against the infectious disease.

"I still wish that they would release photographs of President Trump and Mrs. Trump being vaccinated, because I think it's the right thing to do — full stop. It's also, I think, really important that we know white Republican men are currently the most vaccine weary, the least likely to say that they would be willing to get a COVID vaccine. Right now we know President Trump remains the most popular figure for that demographic, so I do think that it would make a real difference if he were to claim credit for the enormous progress that his administration did help enable through Operation Warp Speed,” Chelsea Clinton said.

The 45th president encouraged his supporters to get inoculated against COVID during the Conservative Political Action Conference. Trump, who never publicly spoke in support of vaccines, touted them as "great" and "safe." Last month the New York Times reported, citing a politician’s adviser, that the Republican and his wife Melania had been vaccinated. But unlike his predecessors Barack Obama, George W Bush, and Jimmy Carter, Trump has received the jab behind close doors.

Numerous conspiracy theories surrounding the coronavirus pandemic have also affected America's vaccine rollout – some people claim the jabs are unsafe and were developed to stop overpopulation and to control people.

It is for this reason that many high-profile politicians across the world got inoculated in public view to allay concerns. US president Joe Biden and Vice President Kamala Harris received shots in front of television cameras for the same reason.

It seems the move failed to persuade Republican voters, though. According to the Monmouth poll, 45 percent of Republicans say they do not plan to get vaccinated, with some respondents saying the measure is unnecessary, while others claim it may not be safe. Others see it as political thing.

The findings have sparked concern among health experts, who suggest that if US authorities fail to deal with the vaccine hesitancy issue, the country won’t be able to eradicate the disease.