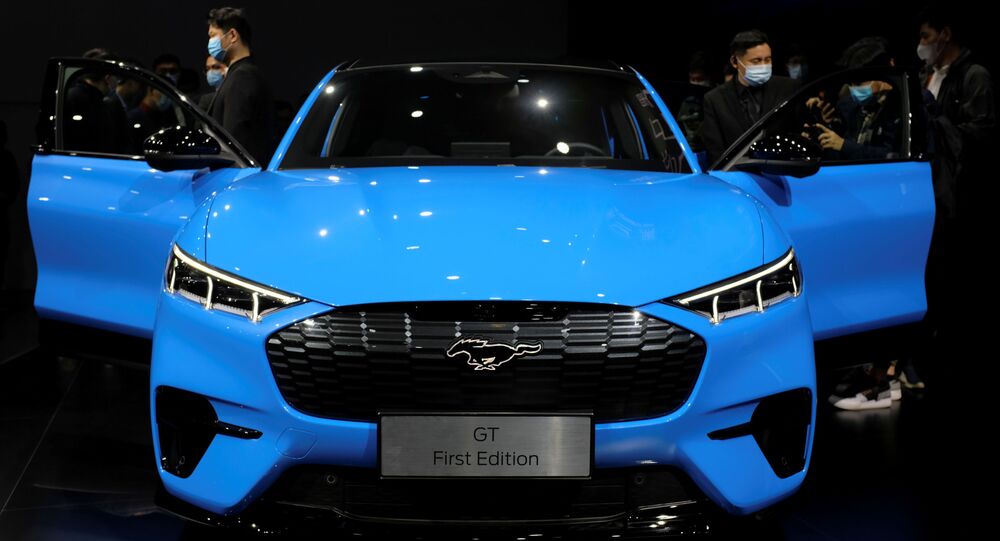 Will Biden Persuade Americans to Embrace EVs? Pros and Cons of Switching to Electric Cars

When Joe Biden won the November 2020 election, one of the questions on everyone's lips was whether the new president would usher in an era of electric vehicles (EV) in the US. His $2.3 trillion infrastructure plan that includes $174 billion for EVs and charging stations came as a response. But are Americans ready to go all-electric?

The American president is proposing a set of sweeping reforms to address the much-discussed climate change issue. To that end Biden is eyeing reshuffling the country's transportation by steering the country toward EVs, among other measures.

To date, the shift away from internal combustion engine (ICE) vehicles has remained "stubbornly marginal" in the country, according to National Geographic. The US is lagging behind both the EU and China in terms of electric cars sales. Fewer than 2 percent of the light vehicles sold in the US during 2019 were electric cars, according to the US Department of Energy.

"Most Americans aren’t interested in electric vehicles. That’s a cold fact," Forbes admitted in 2019 and it appears that not much has changes since then despite "we'll-all-die" narrative from climate alarmists.

So what are the pros and cons of owning an electric vehicle?

Lower Cost of Ownership: EVs require less expensive and less frequent maintenance since they have no gasoline engine; they do not need oil changes, timing belts, spark plugs, etc. Given that battery cars are continually scavenging the energy usually lost as heat when slowing, there is less stress on the brakes leading to fewer brake replacements. As a result, EVs last longer because of less wear and tear. At the same time, federal and state rebates and incentives help reduce the typically higher cost of an electric car.

Easy Charging: Recharging an electric car appears to be more affordable as one can recharge his/her EV at home at a cheaper and much more predictable cost. Plugging in at home takes about 15 seconds and when one wakes up in the morning he/she has a car ready to go 200-plus miles. The number of charging stations is also set to grow across the US making it easier to recharge during the travel.

The US Senate is mulling a bill to boost America's electric vehicle charging stations, in line with Biden's #electricvehicles pledge. Report by @amenasaiyid #EV #hydrogen https://t.co/yTZCN1UXNn

​Environmentally Friendly: Battery cars emit zero CO2 or other greenhouse gases. Charging an EV with renewables, such as solar energy, ensures no CO2 emissions. In addition, the federal solar tax credit allows one to deduct 26 percent of the cost of installing a solar energy system from one's federal taxes.

Quiet and Comfortable: An electric vehicle is very quiet and smooth. The only noises one can hear in a battery car are those caused by wind resistance or Tire-Pavement Interaction Noise (TPIN). It is so quiet that the National Highway Traffic Safety Administration (NHTSA) has ordered that the EVs make fake noises when travelling either forwards or backwards at speeds of less than 19mph to warn pedestrians. A battery vehicle's electric engine generates instant torque, providing smoother acceleration and deceleration, while a low centre of gravity improves the car's responsiveness, and ride comfort.

High Initial Cost & Expensive Battery Replacement: Although the cost of ownership of an electric car is cheaper than that of its ICE counterparts, its initial cost still bites. Basic all-electric models start at about $30,000 while luxury EVs can cost up to $80,000 and more. According to some estimates, one can spend roughly $10,000 less for the same type of car in a gasoline model. In addition to this, one would need to replace a battery once or twice during the car's life span which could cost quite a bit. For instance, replacing Tesla Model 3’s battery pack (parts and labor combined) came with a price tag of nearly $16,000 in 2020.

Model 3 drive unit & body is designed like a commercial truck for a million mile life. Current battery modules should last 300k to 500k miles (1500 cycles). Replacing modules (not pack) will only cost $5k to $7k.

​Stations, Blackouts, Electricity Costs & Charging Time: While some areas have a lot charging stations for EVs, some do not which means that one can get stuck for quite a while if there's no station around. Blackouts may also complicate one's ability to charge his/her EV at home. When it comes to electricity costs, although they appear to be more stable than gasoline prices, they vary across the US. Thus, according to some estimates, in Washington DC, the electricity required to run an EV can be as much as $14,480 cheaper than fueling up an ICE vehicle during its 15-year life span. At the same time, in Hawaii, charging up an EV will cost $2,494 more than filling one's car with petrol for over 15 years. Besides this, it could take from four to 12 hours to fully charge an EV, depending on car type and battery size (and still it cannot boast a 400 miles range which a gasoline car can go with a full tank).

​Not So Environmentally Friendly Yet: While an electric car indeed emits zero CO2, the current mix of generating plants could increase emissions of sulfur dioxide, oxides of nitrogen, and particulates to provide electricity for the swiftly growing fleet of electric vehicles, some experts argue. Joe Biden wants zero emissions by 2050 which means that up until this time US EVs will be only as "clean" as America’s mix of power sources.

As a rule, most electric car buyers are wealthier than average Americans. They don't live in condos or apartments and can afford stand-alone solar power energy systems. Meanwhile, many American citizens don't want to "drive their retirement funds away" opting to buy much cheaper conventional ICE vehicles or even used gasoline cars which cost as much as $2,400. Relatively low gasoline prices also discourage the general public from switching to EVs. Time will tell whether Biden's infrastructure plan will pass through the Congress and whether he will manage to convince the Americans to go all-electric in the near future.

Apple to Invest $3.6 Billion in Kia to Produce Own Electric Cars by 2024, Reports Claim