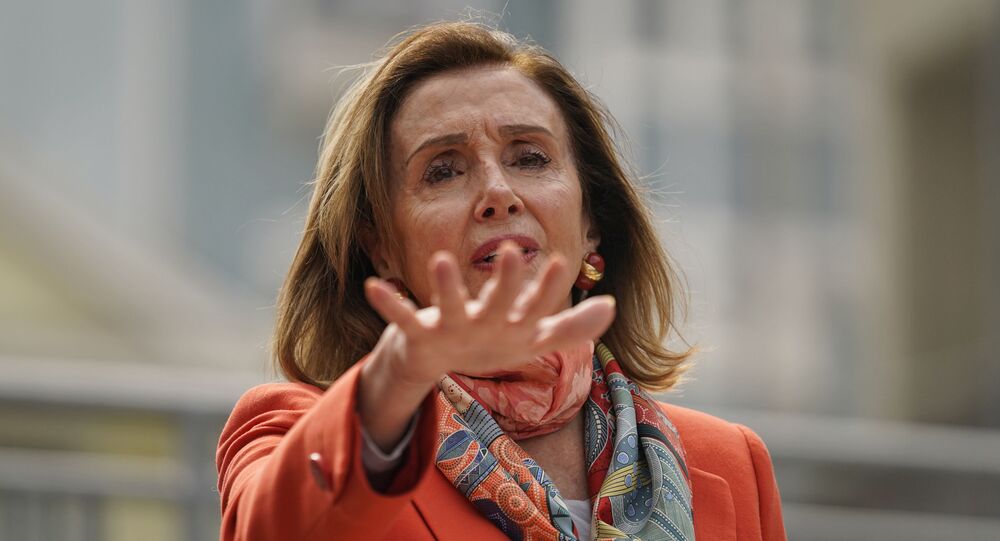 Several social media users focused their attention on the “street fighter” bit of the speaker’s remark, and went on to joke about its similarity to the name of a popular video game series.

US House Speaker Nancy Pelosi has declared that the rioters who stormed the US Capitol building on 6 January would’ve had a fight on their hands if they had bumped into her.

In an interview with USA Today, Pelosi alleged that the rioters wanted harm her before her security detail safely evacuated her from the House chamber.

"Well, I'm pretty tough. I'm a street fighter. They would have had a battle on their hands," she said.

The speaker also remarked that she would have used her stilettos as weapons, the media outlet adds.

Pelosi’s revelations elicited a somewhat mixed reaction online – as some social media users heaped praise upon her, others appeared skeptical about her assessment of her fighting ability, with one of them quipping: "Don’t break a hip grandma".

Nancy can take care of herself — she was the youngest of six with five older and she still has Baltimore running through her veins. 😊

Some have also taken note of her "street fighter" remark, cracking jokes related to the eponymous video game series.

😂 I can see her now... pic.twitter.com/tOsdrH0zoH

On 6 January, a rally held in Washington DC in support of then-US president Donald Trump turned violent when rioters broke into the US Capitol building and interupted the certification of Electoral College votes.