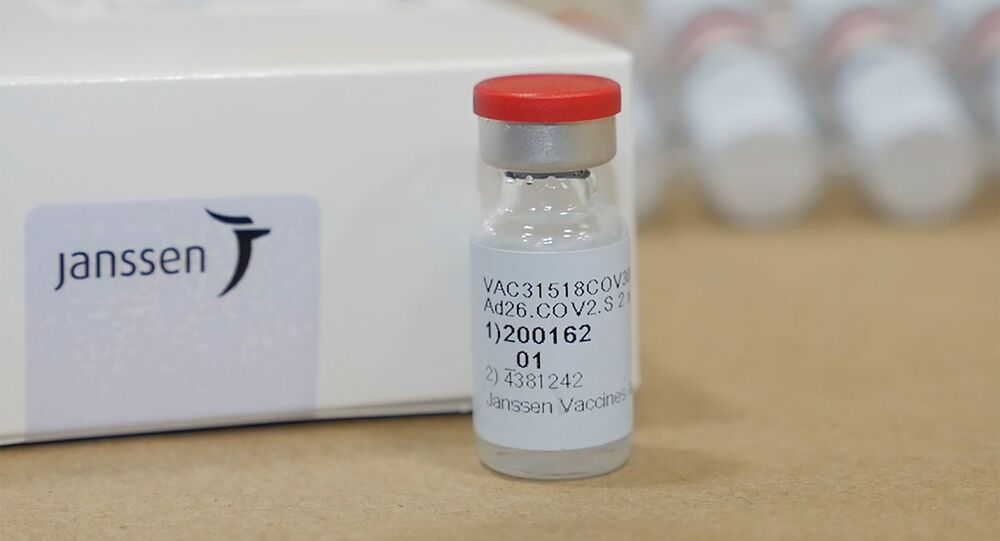 At least six cases of blood clots in women who received Johnson & Johnson COVID-19 vaccine have been reported over the week. So far, more than 6.8 million doses of the vaccine have been administered across the US.

Watch a live broadcast of a Centres for Disease Control and Prevention (CDC) press conference following the emergency meeting on the Johnson & Johnson vaccine.

The meeting comes as the Food and Drug Administration recommended on 13 April a pause in the use of the Johnson & Johnson vaccine amid reports suggesting that six women, aged between 18 and 48, developed potentially dangerous blood clots after receiving the jab.

One person died and another one remains in a critical condition.

Johnson & Johnson stated that "no clear causal relationship" has been identified between the blood clots and the vaccine.

Last week, the European Medicine Agency (EMA) said it was investigating a possible link between the J&J vaccine and blood clots, as there were four cases of clotting reported after the vaccine was administered.

The Johnson & Johnson vaccine's rollout kicked off on 3 March, with currently over 6.8 million doses injected in the US.