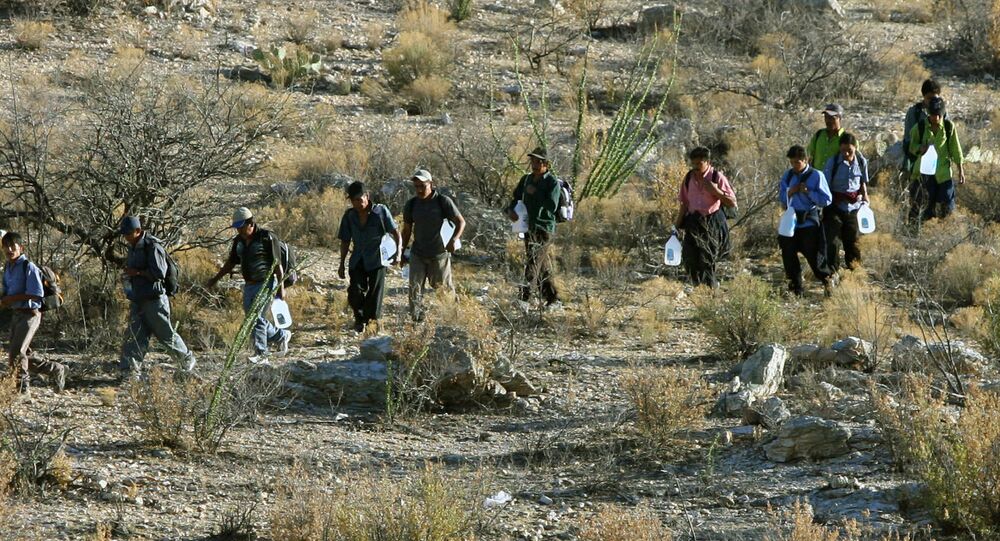 Texas and Missouri are also suing the Biden administration, challenging its immigration policy, saying that there’s a rise in crime in their states due to the reversal of the “Remain in Mexico” policy.

The lawsuit claims that Biden administration immigration policies are in violation of the National Environmental Protection Act due to illegal migrants littering on the border and because the increase in population would lead to the “release of pollutants, carbon dioxide, and other greenhouse gases into the atmosphere, which directly affects air quality”.

“I think it’s imperative that we do everything we can to try to address the crisis at our border, so I’m using the tools that I have in my toolbox,” Brnovich told The New York Post.

The Attorney General said that Democrats have used similar tactics in the past to “stop the building of highways, stop the expansion of airports”.

Biden, shortly after taking office, terminated many of Trump's immigration measures including the construction of a wall along the 2,000-mile border with Mexico. The Trump administration was able to construct 400 miles of large steel wall structure despite lengthy court battles and opposition from Congress.

Last week, CPB data showed that the number of apprehensions at the US border had soared by more than 70 percent in March. The 172,331 recorded migrant encounters represent the highest monthly total in more than two decades, with the Biden administration on pace to top the previous annual record set in 2019 of over 977,000 apprehensions. The president and other administration officials have claimed that the surge is seasonal.

Trump had to declare a national emergency in February to secure funds to build a barrier on the border with Mexico, after massive caravans of migrants from Central American countries seeking asylum began to move toward the United States through Mexico in the fall of 2018.

Mexico later agreed to tighten controls on its northern border following a steady rise in punitive import tariffs. In the final three months of 2019, as reported by US Customs and Border Protection, apprehensions of illegal border crossers from the three Central American nations had slowed to about 10,000 per month, compared with previous monthly rates exceeding 100,000 each month.