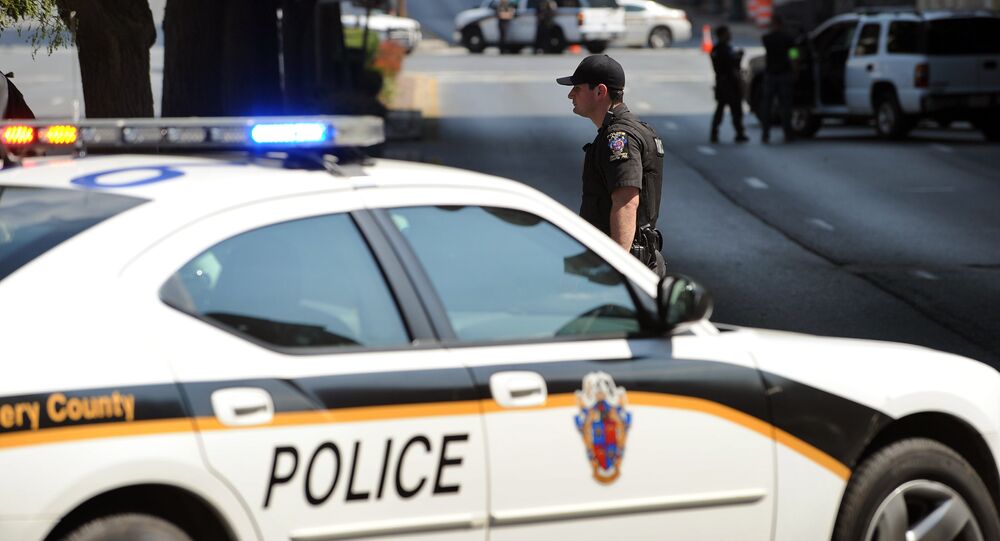 MOSCOW (Sputnik) - A patrol trooper has shot dead an armed 16-year-old teenager in the US state of Maryland on Tuesday, Maryland State Police said, adding that the investigation was underway.

"Maryland State Police are continuing an investigation into a trooper-involved fatal shooting that occurred this afternoon in St. Mary’s County. The deceased individual is identified as Peyton Ham, 16, of Leonardtown, Md. He was transported from the scene to MedStar St. Mary’s Hospital where he was pronounced deceased," the police said in a statement on Tuesday evening.

According to the preliminary investigation, the station received two separate 911 calls at about 1:30 p.m. (17:30 GMT Wednesday) from men, who said that there was a suspiciously acting person with what they thought was a gun.

"Within minutes, a uniformed Maryland state trooper arrived at the location and confronted a male in the driveway. The male, later identified as Peyton Ham, was armed with a gun and a knife. A witness told investigators they saw the individual in the driveway in what the witness described as a shooting stance, pointing a gun at the trooper. The trooper fired at Ham, wounding him," the police said.

When the teenager pulled out a knife and was ordered to drop it, the trooper fired again, after which he reported the shooting and called an ambulance.