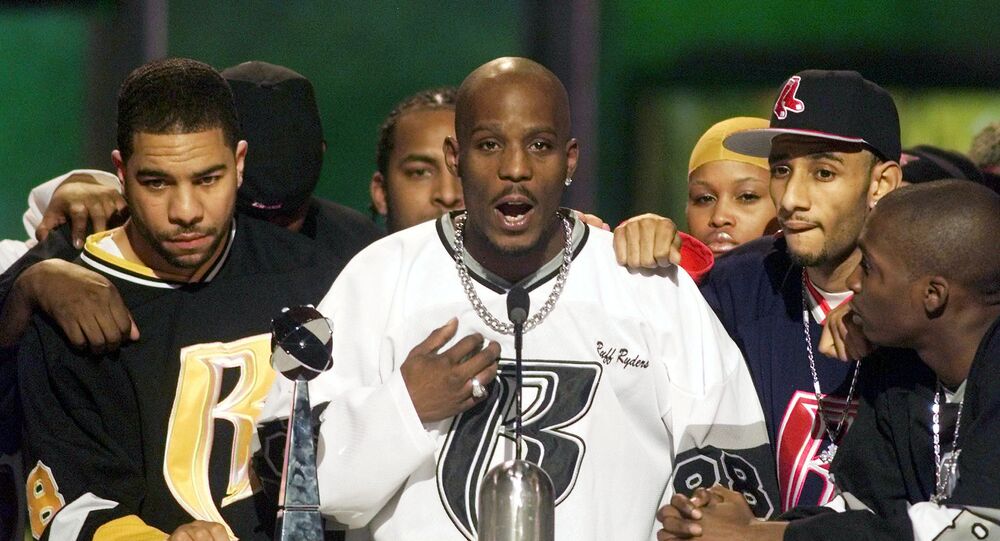 Grammy-nominated rapper and actor DMX, real name Earl Simmons, was pronounced dead on April 9, days after it was revealed that the artist was in a "vegetative state" due to complications from a heart attack. In the wake of the chart-topping artist's death, several false rumors and fraudulent funeral fundraising schemes have gained traction online.

DMX's family issued a statement on Monday warning fans to not fall victim to scammers attempting to make a buck off of the late 50-year-old rapper's funeral.

"There have been a few rumors following our loved one, Earl Simmons’, passing that we’d like to clear up," the artist's family wrote.

"[W]e are not selling any merch or raising money for Earl’s funeral. If anyone is requesting ... money for his funeral please be aware the person is a scammer," they asserted, referring to unauthorized crowdfunding campaigns.

Official statement from DMX’s family: “No one has bought Earl’s masters. Additionally, we are not selling any merch or raising money for Earl’s funeral...We will keep the public posted on funeral/memorial service arrangements.” pic.twitter.com/7ygRImnOWQ

The family also took time to clear up a social media rumor that claimed Beyoncé and Jay-Z, who was once DMX's label-mate, were buying back DMX's master recordings for $10 million.

It was also alleged the power couple would then sign the rights away to the late artists' children.

"No one has bought Earl's masters," the family said.

Family sources who spoke with TMZ said that some of DMX's master recordings are owned by Def Jam.

© REUTERS / Eduardo Munoz
A fan visits a makeshift memorial for musician and actor DMX outside White Plains Hospital, after he died at the age of 50 in White Plains, New York, U.S., April 9, 2021

Further details pertaining to DMX's funeral and memorial service arrangements will come directly from the family.

"Please respect our privacy as we grieve the loss of our brother, father, uncle and the man the world knew as DMX," the family wrote in their Friday announcement of the artist's death.