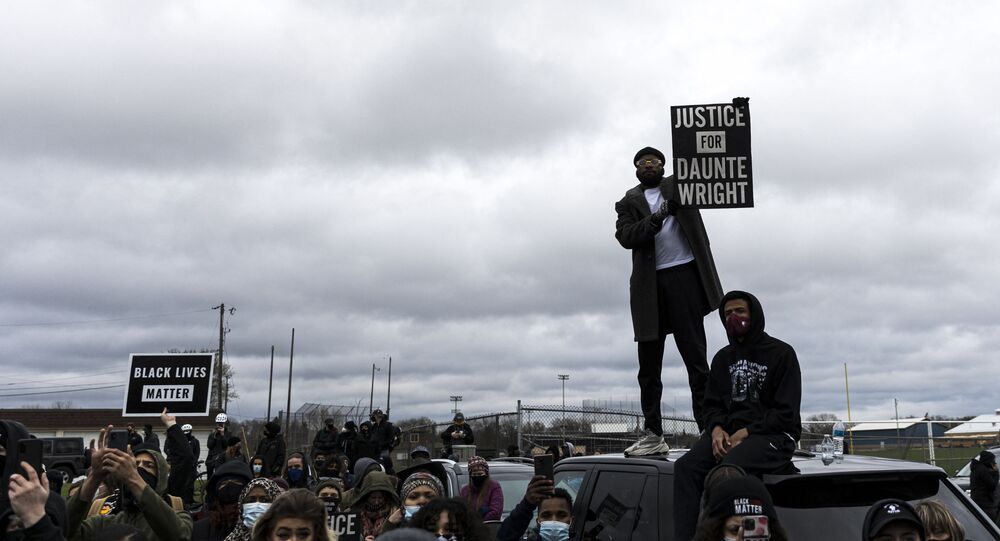 WASHINGTON (Sputnik) - US Vice President Kamala Harris has called for "justice and healing" after the purportedly accidental shooting death by police of Daunte Wright, a 20-year unarmed black man in the state of Minnesota, CNBC reported on Tuesday.

"He should be alive today," Harris said, referring to Wright, before the start of an event on maternal health, CNBC said.

The network added that the vice president asked for "justice and healing" following Wright’s killing in Minnesota’s Brooklyn Center and reminded the nation that "law enforcement must be held to the highest standards of accountability."

The Brooklyn Center police chief, as well as the officer who fatally shot Wright, have both resigned, the city's mayor told a briefing on Tuesday. Wright was killed after struggling with police during a traffic stop.

Protests against police have broken out in Minnesota after Wright’s shooting which came nearly a year after the killing of George Floyd, another unarmed Black man who died in the state after a white police officer knelt on his neck. The trial of that officer, Derek Chauvin, is underway.

Aside from Vice President Harris, former president Barack Obama and his wife Michelle have spoken out over Wright’s death, saying their "hearts are heavy".

Obama also spoke of the need to "reimagine policing" in the United States, CNBC reported.