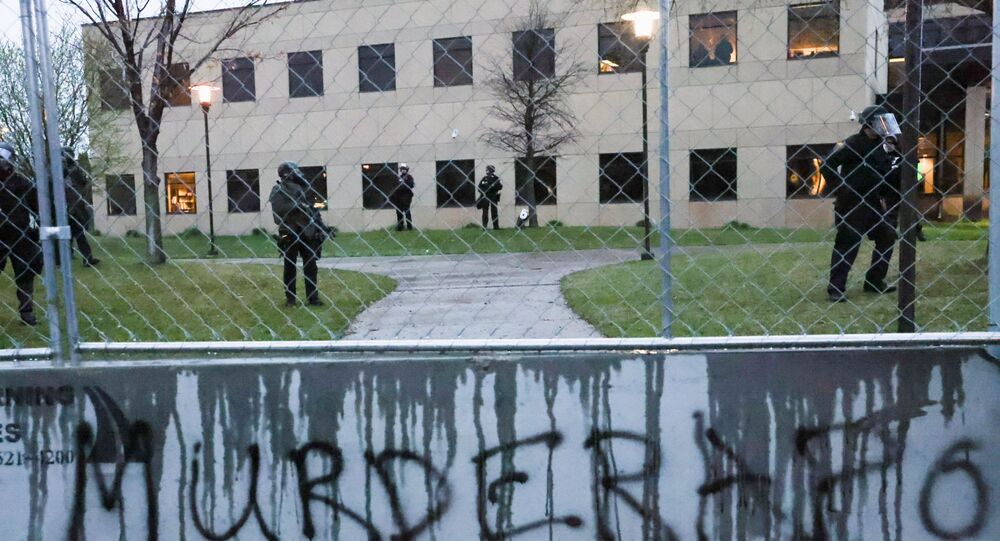 Earlier, Officer Kim Potter was identified as the Brooklyn Center Police Department (BCPD) official who fatally shot local resident Daunte Wright during a traffic stop on Sunday. Officials later indicated that Potter had meant to discharge her stun gun, not her department-issued firearm.

"I have loved every minute of being a police officer and serving this community to the best of my ability, but I believe it is in the best interest of the community, the department, and my fellow officers if I resign immediately," Potter's brief letter states.

Elliot later revealed during a public address with reporters that Gannon had followed Potter and submitted his own resignation letter as well. The city mayor remarked that he "was just informed less than half an hour ago" about Gannon's departure from the force.

At present, Tony Gruenig, who has been with the BCPD for about 19 years, will serve as the force's acting chief.

Touching on Potter's unexpected resignation, Elliot told reporters that "we did not ask her to resign, that was a decision she made." He added, "I do not know if she got wind of an impending termination or not."

The announcements came just a day after Gannon detailed on Monday that Potter had deployed her firearm accidentally, and had meant to use her stun gun. The former police chief noted that Potter had been placed on administrative leave after the shooting, and that an investigation had been initiated by the Minnesota Bureau of Criminal Apprehension.

Artur Gabdrakhmanov
Participant of a protest in downtown Brooklyn Center in Minnesota, US.

Since the Sunday shooting, the city has been placed on curfew as law enforcement officials attempt to control protests and violence that has broken out in the region. It was announced on Monday that aside from Brooklyn Center, a curfew was imposed in the nearby cities of Minneapolis, Brooklyn Park and St. Paul.

Tensions have remained heightened within the Twin Cities region, as local residents have been following the ongoing trial proceedings against the officer-involved death of Minneapolis resident George Floyd. The May 2020 death occurred just 10 miles from Brooklyn Center.