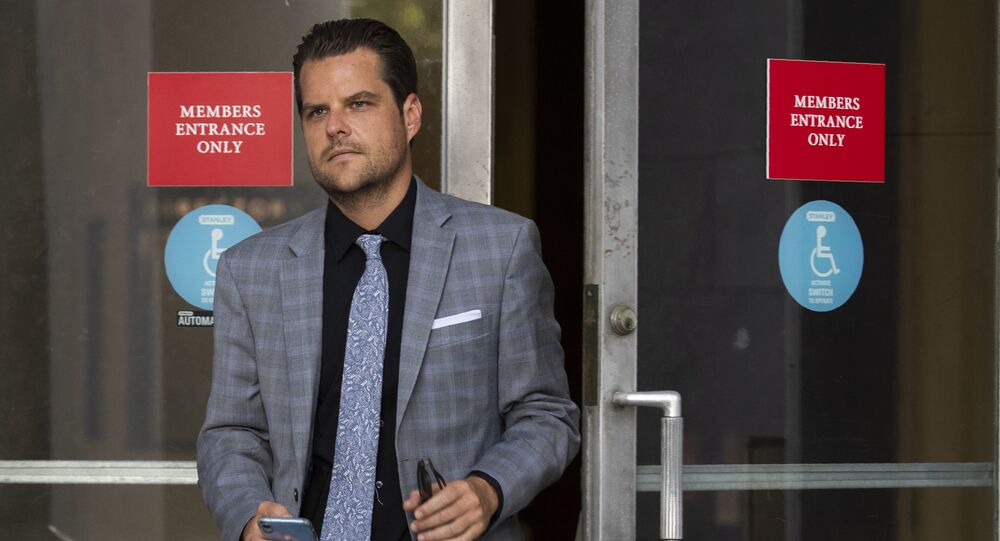 Previously, Trump’s spokesman Jason Miller also said that there was no request for such a meeting and therefore, no refusal.

Donald Trump has issued a statement denying the CNN report claiming Rep. Matt Gaetz was turned down after seeking a meeting with the former president when he learned about a possible Justice Department probe against him.

"Fake News CNN, relying on all anonymous sources, meaning they probably made the whole thing up, wrote a very dishonest story claiming Congressman Matt Gaetz asked for a meeting with me at Mar-a-Lago, in Palm Beach, Florida, and was denied. This is completely false," Trump wrote in a statement.

Earlier, Republican Florida Representative Gaetz denied the reported meeting request and its snub from Trump, saying that he was on a pre-planned vacation with his fiancée.

This is a total lie.

I am on a pre-planned vacation with my fiancée. I was welcomed at Trump Doral days ago.

No such meeting was denied nor sought.

When can we expect a retraction? https://t.co/6oaW7JlXUt

​CNN previously reported citing "two people familiar with the matter" that Trump’s aides advised him "not to stick his neck out to defend Gaetz."

Gaetz is being investigated by the Department of Justice for allegedly paying a 17-year-old girl to travel with him and have sex, according to a New York Times April report. The outlet also later wrote that he paid multiple women for sex, citing check receipts it obtained as well as people close to the investigation.

Last week, reports suggested that an acquaintance of the congressman, Joel Greenberg, might take a plea deal with federal prosecutors and serve as a witness in the DOJ's probe into federal sex trafficking claims against the congressman.

Following media revelations, the US House Committee on Ethics announced it would look into the Gaetz's potential misconduct.

He's denied any wrongdoing, saying his family is a victim of an extortion plot masterminded by a former DOJ official.