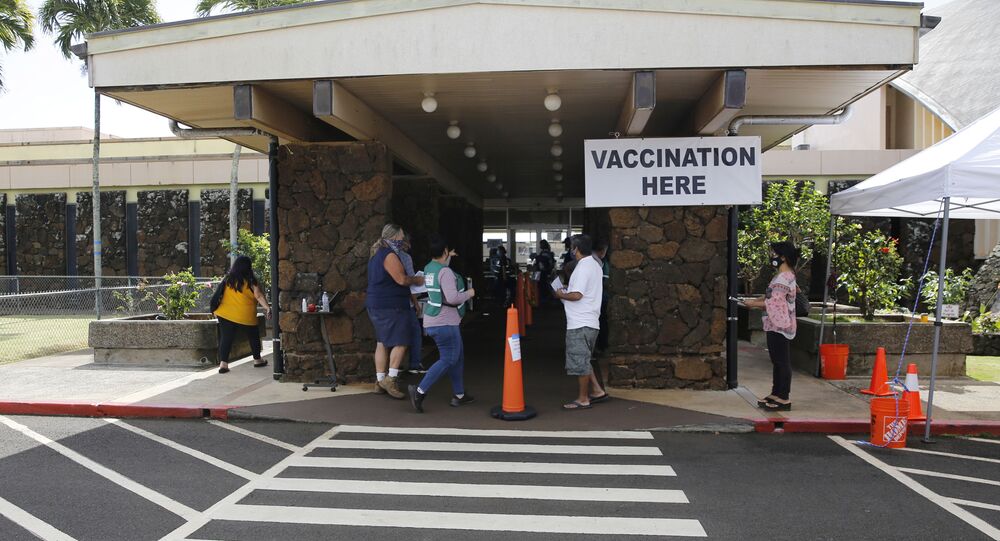 With the introduction of the Excelsior Pass in late March, New York became the first US state to introduce a vaccine passport program. The pass can be used at entertainment venues, allowing for bigger crowds at concerts and weddings.

The governor of the US state of Hawaii, David Ige, officially approved a "vaccine passport" program for inter-island travel on Friday, which could start as early as May and extend to out-of-state travel by the summer, Forbes reported on Monday.

According to the report, Hawaii is collaborating with the developers of a number of apps, including Clear, CommonPass, and FirstVitals, to assist with their pre-flight vaccine verification program. If a person provides a negative COVID-19 test within 72 hours of departure, this requirement may be waived.

The state's tourism officials reportedly see the vaccine passport program as a way to hasten the state's recovery.

“Businesses have lost a lot of money during this whole period here so there’s a lot to recoup,” president and CEO of the Hawaii Tourism and Lodging Association, Mufi Hannemann, is quoted in the local media report as saying.

Vaccine passports have become a hot topic among lawmakers, with opponents accusing them of being discriminatory and violating people's privacy. Several Republican-controlled states, including Florida, Texas, and Idaho, have prohibited the use of vaccine passports, either by the state or by private companies.

According to the report, vaccinations are being mandated by a variety of influential American businesses, ranging from cruise lines to universities, and the NBA is starting to designate “vaccinated only” parts of basketball arenas. Walmart has released an app that allows customers who have been vaccinated at Walmart and Sam's Club to check their vaccine status "in a safe, secure, and frictionless way."

According to a recent poll, Americans would be more receptive to digital coronavirus-status programs if they were labeled "vaccine verifications" or "vaccine certifications" rather than "vaccine passports." Asked which of six names of documentation would make them more likely to get vaccinated, respondents preferred "verification"(40%) nearly twice as much as "certificate" (22%), with "credential" and "passport" trailing at 11% each. Much less common were the terms "ticket" and "permit" (6% each), as well as "visa" (4%).