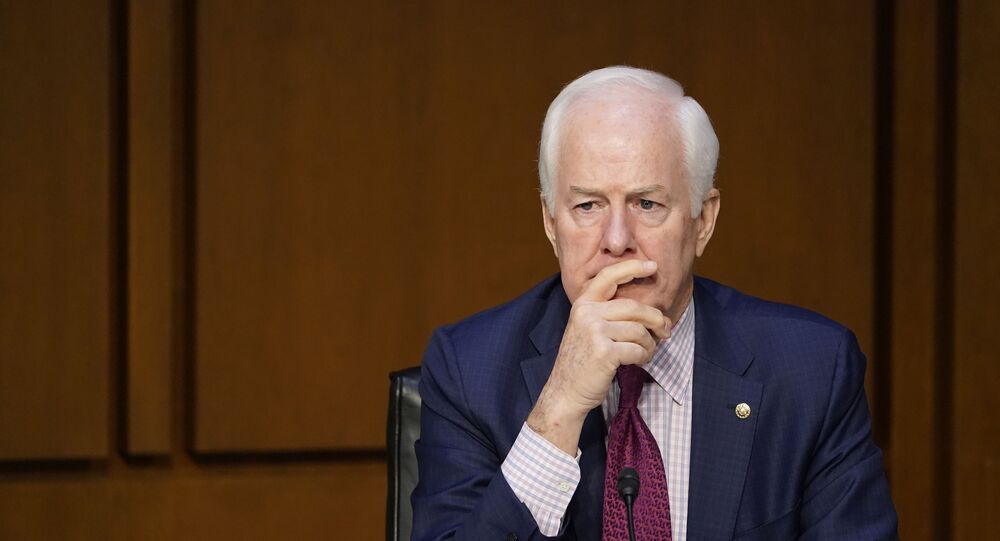 The US president has already been criticized for his limited media availability and for having a special relationship with White House reporters, who ask him questions deemed too easy. Biden also set the record for the length of time it took before holding his first full-fledged presser as president, eventually holding one at the end of March.

Republican Senator John Cornyn of Texas wondered if President Joe Biden is "really in charge" because he is much less visible in the national media than some of his predecessors.

In a Twitter thread aimed at Biden's lack of media involvement, the senator challenged the president's leadership and posted a connection to a Politico report on the Biden administration's communications strategy. Cornyn highlighted a part of the article which said that Biden "is not doing cable news interviews" and that his "limited" social media posts are "unimaginably conventional" when they do appear.

Cornyn further said that the administration's decision to keep Biden out of the spotlight raises the question of whether the president was really at the head of his administration.

"Invites the question: is he really in charge?" he tweeted.

Invites the question: is he really in charge?

​Later in the day, the White House responded to Cornyn's criticism by saying that Biden is preoccupied with work, instead of "tweeting conspiracy theories."

"I can confirm that the president of the United States does not spend his time tweeting conspiracy theories, he spends his time working on behalf of the American people," White House press secretary Jen Psaki said when asked about Cornyn's tweet at a briefing.

Psaki response on Cornyn: I can confirm that the President of the United States does not spend his time tweeting conspiracy theories. He spends his time working on behalf of the American people. pic.twitter.com/Xim4IrwB6i

​Democrats and political analysts reacted angrily to Cornyn's tweet, accusing him of spreading conspiracy theories about whether Biden is in charge and implying that the new president's lack of consistent media presence is troubling, despite Republican senators reportedly avoiding questions about Trump's Twitter stream for four years.

"Lord have mercy. You would think you would lauding Biden for this. So you are criticizing him for actually spending time on his actual job? Maybe you could consider doing that," Matthew Dowd, a former aide to George W. Bush, wrote in reply.

Cornyn then said he "posted the whole [Politico] story so people can read it for themselves, and highlighted a couple of excerpts" in response to his initial tweets.

Thanks. I posted the whole story so people can read it for themselves, and highlighted a couple of excerpts. https://t.co/DYQY7cRgKB

The media have speculated that Biden, who is known for his gaffes and not always appropriate comments, limits his presence in the public sphere to avoid possible embarrassing moments.