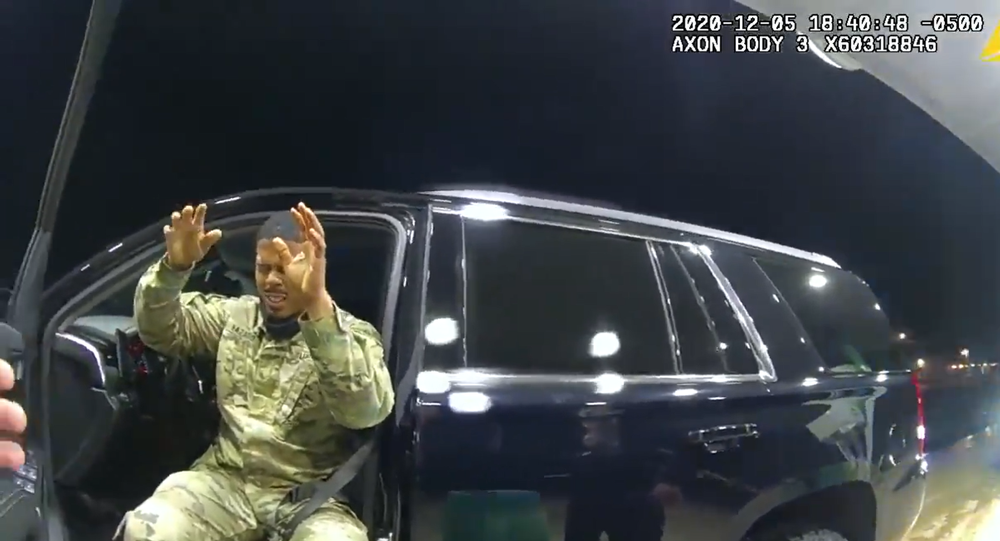 Army officer Caron Nazario was stopped by police officers because there was no rear license plate on a car that he just bought. Body camera footage showed cops demanding Nazario exit the car and lie down on the ground, later taking him at gunpoint and pepper-spraying him after he failed to immediately comply with their orders.

Virginia Governor Ralph Northam on Sunday tweeted that he has ordered an investigation into an incident involving two police officers of the Windsor Police Department and an army officer, Caron Nazario, who was pepper-sprayed and held at gunpoint.

"The incident in Windsor is disturbing and angered me", he said. "Our Commonwealth has done important work on police reform, but we must keep working to ensure Virginians are safe during interactions with police, the enforcement of laws is fair and equitable, and people are held accountable."

My statement on the encounter between Lieutenant Caron Nazario and two officers from the Windsor Police Department: pic.twitter.com/GcfL5YeIRm

The bodycam footage, along with recordings made on Nazario's cellphone, shows that the two police officers, Joe Gutierrez and Daniel Crocker, ordered Nazario, who was driving an SUV, to stop the car, put his hands out the window and then to exit the car. Nazario asked what was the problem, appearing immediately reluctant to comply. After repeatedly demanding he get out of the car, one of the officers pepper-sprayed him.

When Nazario said that he was "honestly afraid to get out", the officers told him "Yeah, you should be!".

Army Lt. Nazario was driving his new car home. He was pulled over, pepper sprayed, and arrested without explanation.

This is racism. It’s about the domination and humiliation of a Black man because he asked questions and “didn’t comply.” pic.twitter.com/RFE79TjWJ8

Nazario has filed a lawsuit seeking at least $1 million in damages and demanding the court rule that Gutierrez and Crocker violated his constitutional rights, specifically the Fourth Amendment.​ According to the lawsuit, he was stopped due to not having a permanent rear license plate on his "newly purchased Chevrolet Tahoe".

"The Defendants decided to escalate the traffic stop, report it as a high-risk felony stop, pull their weapons, illegally detain Lt. Nazario, threaten to murder him, illegally spray him with OC, and illegally searched his vehicle", the lawsuit reads. "Finally, to cover up their illegal actions and to extort silence from Lt. Nazario, the Defendants threatened to destroy Lt. Nazario’s military career with a series of baseless criminal charges if Lt. Nazario decided to seek redress regarding their conduct."